By Kang Jia and Cora Zhu 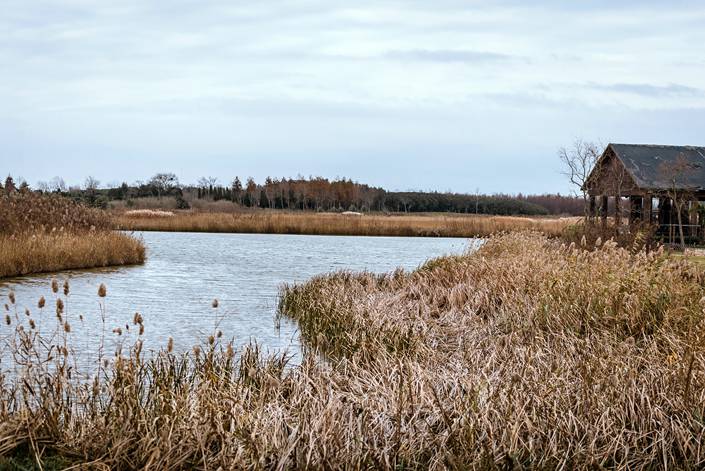 Dongtan Wetland Park on Chongming Island in Shanghai on Dec. 31.

China’s national legislature is deliberating on a draft of the country’s first law specifically addressing wetland protection, which would open the door to more spending on conservation and make managing the habitats part of how the performance of officials is assessed.

While China already has regulations governing wetland protection, writing the requirements into law would signal the importance that the central government places on this issue, potentially spurring lower-level authorities to greater action.

The draft was submitted for a first reading to the Standing Committee of the National People’s Congress (NPC), the national legislature’s top decision-making body.

The draft says that local governments above the county level should include wetland conservation in their social and economic development plans and also incorporate spending for such projects in their budgets. The draft stipulates that wetland protection will be one of the areas in which the relevant officials are assessed — meaning this will impact the bureaucrats’ career prospects.

Environmental protection is increasingly become a major priority for the Chinese government, which last year set the ambitious target of reaching carbon neutrality by 2060.

Sometimes referred to as the “kidneys of Earth,” wetlands play a major role in water quality, biodiversity and flood control. Chairman of the NPC’s environmental committee Gao Hucheng said that they are also important for China’s food and water supply. The legislation could help establish a complete legal system for wetland restoration, he said.

The draft would require the compilation of a list of important wetlands by national government departments. It also stresses the importance of protecting mangrove forests, asking local governments to include them on their lists of wetlands. Mangrove forests play many important roles in the ecosystem, including as habitats for birds.

The draft law bars the destruction of habitats for bird and aquatic life in wetlands. Violations of the law could lead to a maximum fine of 1 million yuan ($154,523) or other penalties.