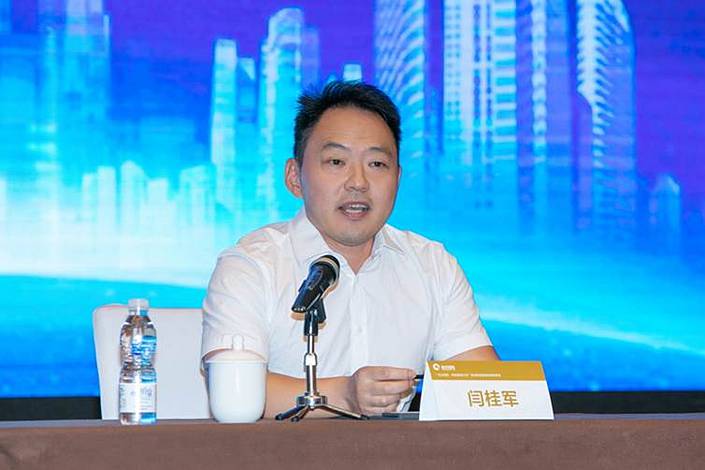 Everbright Xinglong Trust Co. Ltd.’s chairman is set to resign after leading the firm to grow into one of China’s largest trust companies, sources with knowledge of the matter told Caixin.

Yan Guijun, who served as the company’s Communist Party secretary and chairman, will soon be replaced by Feng Xiang as chairman, a manager at state-owned financial conglomerate China Everbright Group Ltd., the parent of Everbright Xinglong Trust, the sources said. Feng’s appointment still requires regulatory approval, the sources said on condition of anonymity.

It’s unclear why Yan is leaving or what his next move will be after he resigns. Yan, 53, joined Everbright Group in 2000 after nine years at the Henan province branch of Bank of Communications Co. Ltd. In 2015, he was appointed president of Everbright Xinglong Trust and concurrently served as president and chairman of the trust firm from March to December 2019.

However, the firm is facing regulatory challenges as the government steps up efforts to clamp down on risks stemming from off-balance-sheet lending facilitated by collaborations between banks and trust firms. In July, regulators forced Everbright Xinglong Trust to suspend its financing trust business as its nonstandard credit business in the first half of 2020 exceeded the regulatory limit, Caixin learned from multiple sources.

The predecessor of Everbright Xinglong Trust was Gansu Trust Co. Ltd., which was established in 1980 with the approval of the Gansu provincial government. In May 2014, local state-owned enterprise Gansu Provincial State-Owned Asset Investment Group Co. Ltd. transferred a 51% stake it held in the trust firm to China Everbright Group.

This story has been corrected to properly characterize Gansu Provincial State-Owned Asset Investment Group Co. Ltd.’s relationship with the state. It is a state-owned enterprise. It has also been corrected to clarify that Feng Xiang will only be replacing Yan Guijun in his capacity as chairman.