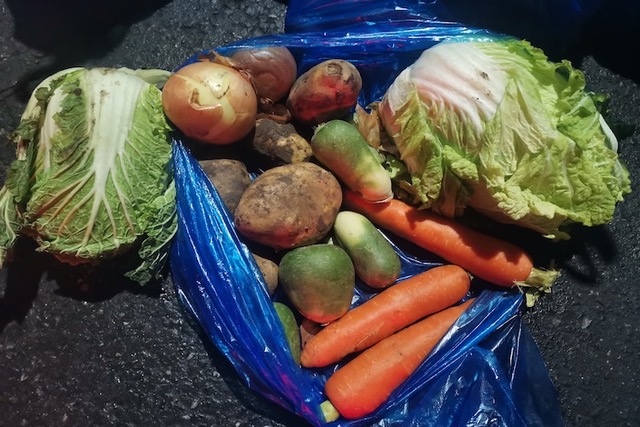 Tonghua said it is supplying “vegetable packets” to homes every five days according to the needs of each household.

It all seemed familiar. Residents in a city in northeastern China under lockdown amid the latest Covid-19 outbreak complained of shortages of food and necessities.

The situation in the city of Tonghua in China’s northeastern Jilin province is reminiscent of what happened a year ago in Wuhan, where the pandemic started in December 2019. The central China city’s 11 million people were ordered to stay home for 76 days as more than 50,000 coronavirus cases appeared. In the early chaos of the unprecedented lockdown, food shortages were one of the major issues facing authorities.

Amid the latest flare-up of the pandemic and associated restrictions, many residents of Tonghua complained on social media that they hadn’t received any food deliveries since their complexes were locked down Jan. 21. Other cities under lockdown also face food delivery problems. In Shijiazhuang, one of three cities in Hebei province placed under restrictions earlier this month after the province reported more than 500 new infections, multiple residents told Caixin that they didn’t receive any food supplies for more than 10 days.

The delivery shortages suggest that a year after Wuhan local authorities are still struggling to manage periodic mass lockdowns to prevent the spread of disease. Tonghua is much smaller than Wuhan, with a population of 500,000, and it has reported 246 confirmed cases so far.

The shortages people are experiencing are not because of a lack of supply but rather a shortage of delivery manpower, according to the local government. The Tonghua government punished 14 officials for failures in virus response, including the Communist Party chief and the director of the municipal health commission.

One Tonghua resident told Caixin Sunday that she ordered groceries through a mobile app four days earlier and still hadn’t received delivery. The resident, living with her husband and a teenager, said they had only rice, half a cabbage and some frozen food left at home.

Another resident said his family lives in the Dongchang district where most of the confirmed cases were found, which has enacted the strictest quarantine measures. The last time his wife went grocery shopping was Jan. 14, and all supermarkets have been gradually shut down since then, the man said. He tried to order food through an online purchase platform provided by the government, but his order never went through.

At a press conference Sunday, Vice Mayor Jiang Haiyan apologized for failing to deliver supplies to communities, citing a personnel shortage as government officials and community workers were all busy on the front line of virus prevention and control.

Sunday the local government said that until the lockdown is lifted “vegetable packets” will be supplied every five days to homes according to the needs of each household. Free distribution will be provided to low-income households, elderly people living alone and other groups in need. Residents can buy medicines, baby supplies and other special daily necessities online or contact communities to make purchases for them.

The local food inventory was sufficient for 14 days, Sun Xiaoting, the head of Tonghua’s commerce bureau, said Monday. As the city’s mobile grocery-ordering app has been under pressure, the local government has mobilized volunteers and government staff to deliver food packages directly to residents. As of Monday, nearly 67,000 households received the vegetable packets, the government said.

One local resident said the vegetable packet, including cabbage, radishes, potatoes, green beans and leafy vegetables, cost 40 yuan ($6). Another resident said he received a packet early Monday morning, but it only included four bags of dry noodles and two pieces of sausage. He said his parents still couldn’t get their medications for high blood pressure and diabetes.