By Matthew Walsh and Wang Mengyao 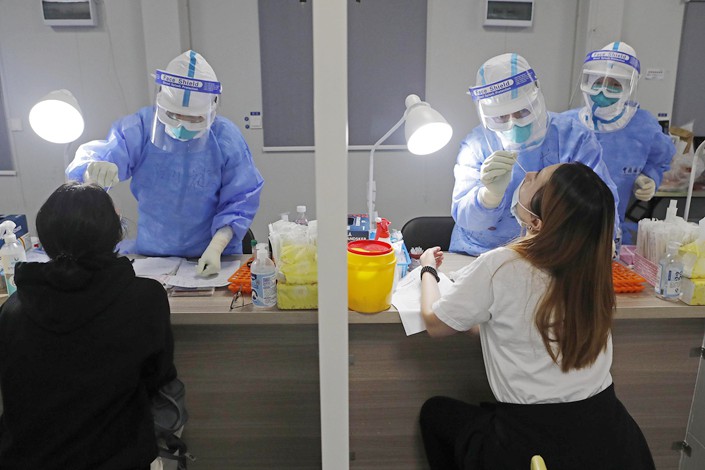 A Chinese national who kept her Covid-19 symptoms a secret as she returned home from the U.S. has been given a suspended jail sentence, in a rare example of a person facing prison time for breaching China’s coronavirus protocols.

Longtime Massachusetts resident Li Jie flew with her family to Beijing in March as the Covid-19 epidemic began in the United States. She was diagnosed with the disease on arrival and was later found to have concealed her symptoms in order to secure passage back to China.

Last week, online legal database China Judgments Online published a verdict revealing that Li was convicted in October of obstructing the prevention and control of infectious diseases, and was sentenced to one year’s imprisonment, suspended for one year.

It’s one of a handful of examples since last year of Chinese courts handing out punishments under the country’s disease control laws, which require people to provide truthful information to public health authorities during outbreaks.

According to the verdict (link in Chinese), Li began feeling feverish and fatigued in early March last year. She visited a local hospital in the U.S., but her symptoms did not improve. Around the same time, one of her colleagues was diagnosed with Covid-19.

Li took a coronavirus test on March 11, but decided to return to China before receiving her results and subsequently booked her family onto a flight from Boston to Beijing.

To make sure she “boarded the plane smoothly,” Li took medicine to relieve her fever, did not proactively report her symptoms to airline staff, and “did not reply truthfully” when asked about her potential exposure to the virus, the verdict says.

She was confirmed to have Covid-19 on arrival at Beijing Capital Airport on March 13. Sixty-three of her close contacts were placed under quarantine due to her diagnosis.

In August, public prosecutors formally charged Li with obstructing disease control efforts. She pleaded guilty at her trial two months later and was sentenced on Oct. 15, with the verdict noting that she “caused a serious risk that the novel coronavirus would spread.”

China’s Law on Prevention and Control of Infectious Diseases, which was amended last year, states (link in Chinese) that all individuals “must accept investigations, tests, sample-taking, isolation treatments and other prevention and control measures undertaken by disease control and medical agencies, and provide relevant information truthfully.”

The crime of which Li was found guilty carries a maximum sentence of between three and seven years in prison. However, such cases appear to be relatively rare. China Judgments Online lists 67 prosecutions during the whole of last year, most of which ended in convictions. Those found guilty typically received suspended jail sentences of less than a year.

Jail sentences for breaching Covid-19 controls are rare, but not unheard of, worldwide. Earlier this month, a woman in Singapore was given five months behind bars for not telling coronavirus contract tracers about her meetings with a male friend, in an effort to keep her family from thinking she was having an affair.