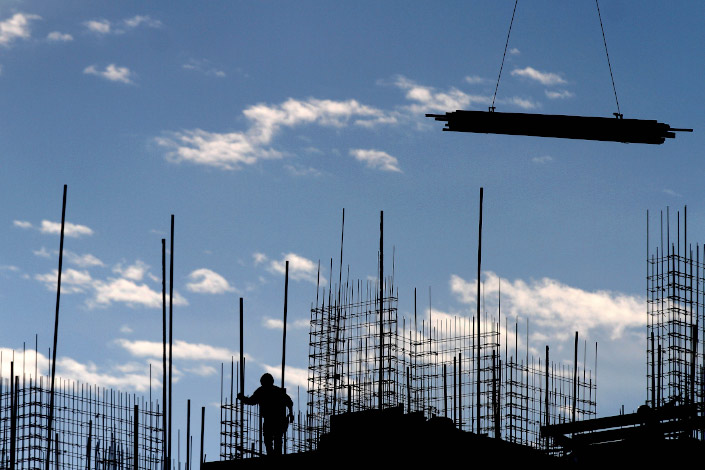 Sales of major commercial properties in China tumbled by nearly a third in 2020 to a five-year low in value terms, though activity picked up in the fourth quarter as developers sold assets to raise cash and the nation’s economy rebounded from the worst of its Covid-19 outbreak.

Sales of major commercial properties in China totaled 204.7 billion yuan ($31.7 billion) in value last year, representing a 29% decrease from 2019, according to a report released last week by Debenham Thouard Zadelhoff (DTZ). The big majority of those, 85% of the total, occurred in China’s four first-tier cities of Shanghai, Beijing, Shenzhen and Guangzhou.

Among those four, Shenzhen saw the biggest decrease of 49% with 28.2 billion yuan worth of sales, the report said. Shanghai and Beijing posted 13% and 30% declines with total sales of 72.2 billion yuan and 51.9 billion yuan, respectively. Second-tier cities saw their combined transaction value plunge by an even greater 54% to 29.1 billion yuan, reflecting the concentration of the most valuable properties in the biggest cities.

The report said the declines were most dramatic in the first three quarters of the year, which cumulatively were less than half the total for all of 2019. But the situation improved in the fourth quarter, when transaction volumes jumped 57% on a quarter-to-quarter basis to 65.8 billion yuan.

Despite the large declines, the report pointed out the final figures were still better than market expectation. “This paves the way for the market to pick up in the coming year,” DTZ Executive Director Sylvia Su told Caixin.

The one bright spot last year came from Guangzhou, which recorded 14.84 billion yuan worth of major commercial property sales in the fourth quarter — equivalent to 64% of its full-year total of 23.3 billion yuan. The full-year figure was more than double the city’s total for 2019, making it the only one to record year-on-year growth.

The strong fourth quarter growth nationwide was driven by a number of major sales, including one by China Vanke Co. Ltd. and Financial Street Holdings Co. Ltd. in Beijing’s Fengtai district to insurance giant Ping An for 3.7 billion yuan. Other major sales saw a Shanghai office property trade hands for 5.2 billion yuan, and a Guangzhou property sell for 4.4 billion yuan.

The unloading of major commercial properties came as many developers faced cash shortfalls due to tightening measures by Beijing aimed at easing the companies’ heavy debt loads.

Last August, regulators issued a “three red lines” directive that set caps on the amount developers could borrow in relation to their cash on hand, the value of their assets and as a proportion of equity in their businesses.

DTZ’s Su predicted that as the pandemic eases in the rest of the world, foreign money may start coming back into China’s market for major commercial properties.