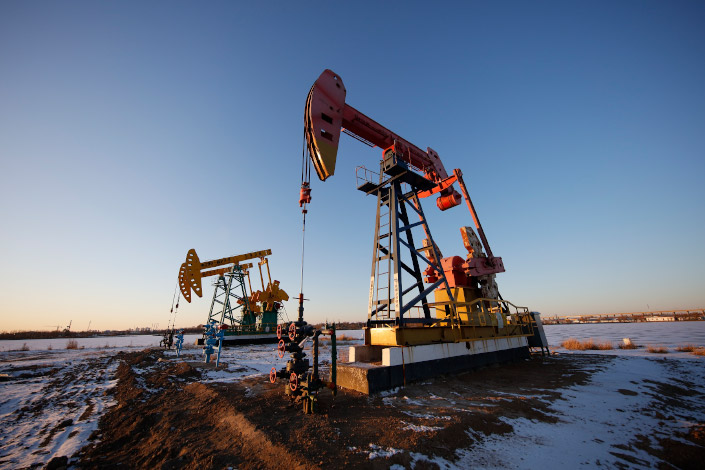 China’s oil refining capacity is growing rapidly, with projects involving tens of millions of tons of annual capacity scheduled to come online in the next few years, even as global giants cut back due to sluggish demand.

This raises the prospect that the country’s refining industry could follow in the footsteps of other sectors, such as the steel industry, that have long grappled with the problem of oversupply and seen restrictions on new projects come into force.

In the second half of 2020, the country’s top refiner — China Petrochemical Corp. — said it would spend some 100 billion yuan ($15.5 billion) on a petrochemical base in East China’s Fujian province, and another 70 billion yuan on projects in northern port city Tianjin. Its joint-venture with Kuwait National Petroleum Co. last month revealed plans to more than double its capacity to 25 million tons per year.

The state-owned giant is betting on fast-growing domestic demand for downstream chemical products like ethylene. Ke Xiaoming, deputy chief engineer at the Sinopec Economics and Development Research Institute, a research body under Sinopec Group, predicted that demand for chemical products will maintain a 6% annual rate of growth for the next five years, well above the global average of 3.6%.

China’s private players like Hengli Petrochemical Co. Ltd. are following suit by expanding their capacity to compete for a slice of the growing market. The Sinopec Institute projected in a report published last month that China’s annual refining capacity will hit 1 billion tons by 2025, from 860 million tons at the end of 2019.

But outside China, refiners are feeling more pessimistic. As demand for refined oil products has slumped, global giants like Royal Dutch Shell PLC are shuttering refineries to cut costs. In 2020, 12 refineries were shut down or cut some capacity, and there are plans to close another six, according to data from energy consulting firm IHS Markit. The 18 facilities can produce 2.1 million barrels of refined oil products daily.

Given this mismatch between global and domestic trends, experts have speculated that the introduction of large amounts of new Chinese capacity could disrupt the worldwide market. That could push prices down and shrink already slim profit margins.

China will be responsible for between 40% and 50% of new refining capacity in the years through 2025, according to the December report from Sinopec Institute.

These expansion plans make sense from a domestic perspective, as China’s demand for refined oil and chemical products has been robust. As one of the first major economies to bounce back from the Covid-19 epidemic, its demand for these products dipped by just 3.3% last year to 12.9 million barrels a day, according to a report this month from OPEC, an organization that represents petroleum exporting countries.

Though China’s car sales were decimated in the first quarter of 2020, sales for the whole year were down just 1.8%, far outperforming the glum prediction of a 10% decline made in July by the China Association of Automobile Manufacturers. The association’s Deputy Chief Engineer Xu Donghai said the industry body expects sales to grow 4% year-on-year in 2021, reaching some 26.3 million units.

The Sinopec Institute predicts that China’s demand for gasoline will continue to rise, peaking in 2025. Prolonged lockdowns due to the pandemic saw lackluster gasoline demand across Europe and the U.S. last year.

Also on the rise is the country’s demand for ethylene, a key ingredient in plastics manufacturing. The East Asian nation consumed 54.36 million tons in 2019, up by 8.5% from the year before, with about half of supply coming from overseas.

However, the government has since called for the world’s largest chemical consumer to rely less on imported chemicals. Sinopec’s aforementioned investment in Tianjin includes a 28.8 billion yuan ethylene cracker with annual 1.2 million tons of capacity.

However, there are concerns that these investments in new capacity will end up exceeding demand both domestically and regionally.

China’s demand for oil products is expected to grow, but will still fall far short of the country’s projected capacity for all kinds of these products, according to the Sinopec Institute, which said demand will likely hover around 400 million tons annually.

That has hit profit margins, due to increased logistics costs. “We now need larger vessels to ship products to places far away, like Africa and South America,” Ke added.

Despite surging need for ethylene, the volume is still far from enough to soak up all the capacity. By 2025, the country’s ethylene consumption is expected to rise to 65 million tons, up 38% from 2019’s level, said Wang Hongqiu in an article published last March. Wang is an expert at another of the country’s state oil giants, China National Petroleum Corp.

“Under the wave of capacity expansion, any chemical products currently facing a shortage will be in surplus in two to three years,” an executive at Hengli Petrochemical told Caixin.