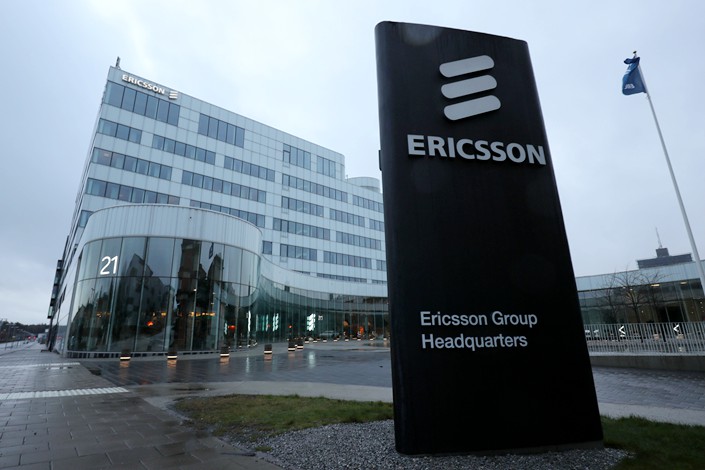 Mobile equipment-maker Ericsson Inc. reported solid growth in sales and margins for 2020, but warned that the decision by regulators in its home market of Sweden could result in retaliation against its Chinese business, which powered the company’s fourth quarter results and is set to strengthen further this year.

“The Swedish telecom regulator's decision to exclude Chinese vendors from 5G networks may create exposure for our operations in China,” the firm said in its full year earnings released Friday. “There is a risk (of) measures taken by China that are targeted at the economic interests of Sweden and Swedish industry, including those of Ericsson.”

The stakes are high for the world’s third-largest telecom equipment supplier by revenue. Geopolitical tensions between the U.S. and China could hamper Ericsson from meeting future sales targets, the company said in its latest report, citing the “weakened Swedish-Chinese relationship” stemming from the U.S.-led campaign to throttle the business of Chinese 5G telecom vendors in the past year.

Barring any retaliation, Ericsson forecast that sales of its mainstay radio access network gear – the antennas and base stations that act as local connections between users of mobile phones and computing devices that make up the backbone of telecom operator networks — would grow 4% in China during 2021, twice as fast as the U.S. market and outpacing the 3% growth estimate for global sales this year.

During the fourth quarter of 2020, Ericsson posted sales of 69.6 billion Swedish kronor ($8.3 billion), up 13% year-on-year, mainly boosted by its performance in North East Asia, including mainland China and Hong Kong, North America and South East Asia.

In a sign that the pandemic has created a stimulus for countries around the world to accelerate the development of 5G networks as home-bound quarantine and remote working arrangements boost demand for mobile communications, the telecom vendor said its adjusted comparable sales last year shot up 5% and net sales grew 2% to 232.4 billion kronor, falling in the expected range of 230 billion to 240 billion knona.

The company generated profits of 7.2 billion kronor in the three months ended December, surging 60% from the same period the previous year, according to its quarterly financial report released last Friday.

But the company has been unnerved by the decision of its home government to exclude Chinese vendors from 5G networks, which is likely to create more uncertainties for Ericsson’s business in China, company President and CEO Borje Ekholm said in the statement.

“This has also ensured the development of a single global standard for mobile communication. It is critical that responses to the geopolitical situation safeguard the extraordinary value associated with those operating standards for 5G and beyond,” the company said.

It’s not the first time Ericsson has floated the possibility that Sweden’s moves against Chinese telecom gear-makers could put its own business in the middle of a global trade war. Last year, the legal fight by China’s Huawei to have the Swedish ban reversed also saw Ekhold weigh in. “For Ericsson and Sweden, we’re built on free trade. We’re built on the opportunity to trade freely,” Ekhold told the Financial Times in November. “From my perspective it is important that we have open markets and free competition.”

The case against Huawei, the world’s biggest maker of telecom equipment, is still awaiting a final ruling from an administrative court in Stockholm.

Another headwind facing the Swedish tech giant in China is an anti-monopoly investigation into the company's patent licensing practices regarding intellectual property rights for its telecommunications technology being conducted by the country’s State Administration for Market Regulation (SAMR) that started in 2019.

Ericsson did not reveal any further details but said the investigation is ongoing and expects additional meetings with Chinese regulators before any final decision is reached.