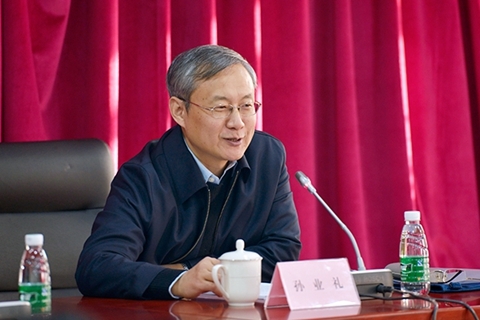 What’s new: A top Communist Party historian, who has spent three decades studying the Chinese leadership’s theories, has been appointed as deputy head of the party’s publicity department.

Sun Yeli (孙业礼), former assistant dean at the Institute of Chinese Communist Party History and Literature, first appeared in public in his new role at a meeting of The Chinese Academy of Social Sciences (CASS) on Thursday, according to a statement (link in Chinese) on the academy’s website.

Specializing in Chinese Communist Party history and Chinese leadership theories, the 56-year-old scholar had participated in the editing of a three-volume collection of speeches and writings by President Xi Jinping, “The Governance of China.”

Sun previously wrote in a commentary published by the party’s political theory magazine, Qiushi (求是), that the party’s courage to self-revolution and strict management is its most distinctive characteristic and the greatest advantage.

The background: Sun’s appointment followed Zhang Jianchun (张建春), a former deputy director at the party’s Department of Organization (中组部), who also became a deputy head of the publicity department.