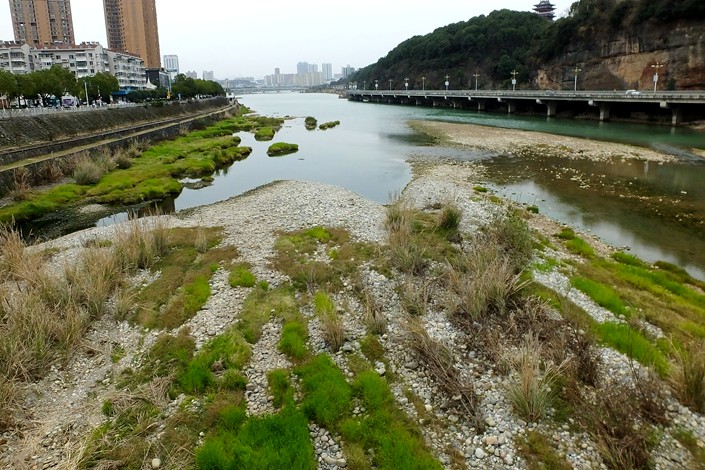 Chinese government auditors have blasted the environmental records of the forestry bureau and a state-backed metals company, broadening criticism of major state organizations ahead of key political meetings to be held in Beijing next month.

The official reprimands followed the publication last week of a similar report on China’s national energy watchdog. They indicate that senior government leaders may seek to stress the importance of environmental issues when they meet in Beijing next month to approve a new five-year plan shaping national policy through 2025.

The National Forestry and Grassland Administration, a body under the Ministry of Natural Resources, was criticized for governing in ways that were “incompatible with the demands of ecological protection” in a report published Monday by an inspection team under the State Council, China’s cabinet.

The same day, a report by another State Council inspection team said Aluminum Corporation of China Ltd., a state-backed metals conglomerate also known as Chalco, had taken a slack approach to conservation and pollution control, resulting in dozens of its subsidiaries receiving hundreds of punishments for environmental violations.

Government inspection teams are reviewing the work of state-linked entities ahead of the so-called Two Sessions political meetings due to begin on March 4 and 5. Environmental groups, galvanized by China’s surprise carbon neutrality pledge last year, are hopeful that leaders will announce bold steps to tackle pollution and climate change.

The report on the forestry bureau, which was prepared by the 7th Central Ecological and Environmental Protection Group, attacked (link in Chinese) the agency’s management of protected ecosystems and wildlife, its incomplete laws and regulations, and its lack of coordination with other departments and localities.

The report slams the bureau for not linking overall plans for nature reserves with guidance for local governments, resulting in delays to the establishment of certain parks. It adds that the agency’s substandard wetlands management resulted in the destruction of some “high-value” habitats that had not been listed for protection.

In one case, the bureau established a wetlands park straddling the boundary between North China’s Hebei province and Inner Mongolia autonomous region. However, Inner Mongolian authorities did not list the park as a protected zone, allowing developers to extract so much water that the year-round wetland gradually turned into a seasonal lake.

Chalco, an aluminum producer with interests in bauxite, coal mining, alumina refining and smelting, is listed on the New York, Hong Kong and Shanghai stock exchanges. It is controlled by the similarly named state-owned Aluminum Corporation of China, also known as Chinalco.

The report on Chalco was prepared by the 4th Central Ecological and Environmental Protection Group. It condemns (link in Chinese) the company’s “deviations in ideological understanding” and its “weak efforts” to fulfill plans to lower its energy intensity and pollution levels over the last five years.

The inspectors blasted the company’s “slow” and “low-standard” ecological restoration efforts, inadequate system of monitoring its subsidiaries, and reluctance to discipline local affiliates found to have violated environmental regulations.

Government agencies have punished 63 Chalco affiliates for a total of 259 environmental violations since 2017, the inspectors noted. In one case, a company subsidiary violated an environmental assessment requiring it to retire certain kilns used for sintering, creating 400,000 tons of toxic sludge per year.

On Friday, a different team issued a report criticizing the National Energy Administration, which oversees China’s energy-related industries, for a “deterioration of its political ecology” that has had “severe effects” on establishing environmental protections.

The agency failed to prioritize the country’s shift to low-carbon energy, did not control polluters in areas targeting air quality improvements, and did a poor job of enforcing environmental checks and standards, the inspectors said.