Kuaishou Accused of Copyright Violations Ahead of Hong Kong Debut 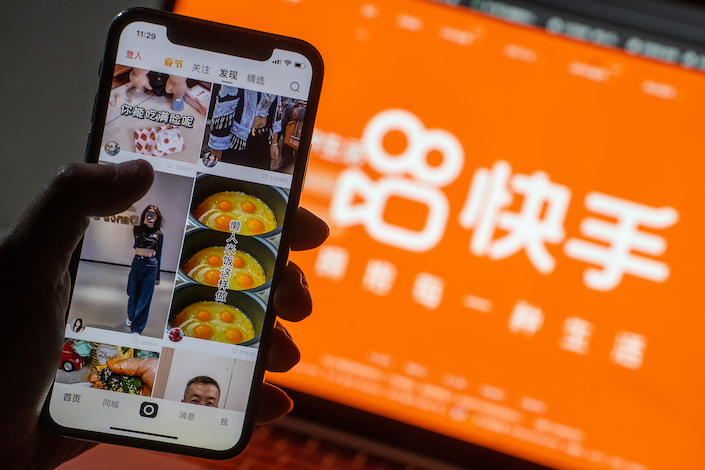 Kuaishou, operator of the world’s No. 2 short-video app behind ByteDance’s TikTok, was accused of massive copyright infringements as the company prepares for its shares to start trading in Hong Kong following a $5.4 billion initial public offering.

CAVCA, which engages in collective copyright management and generates fees from licensing members’ music and videos, found 155 million videos on Kuaishou that used copyrighted background music without authorization, the organization said Monday in a statement.

Kuaishou is likely to be removed from Apple’s app store if it fails to resolve the copyright issues, the association said Tuesday. Kuaishou did not immediately respond to a request for comment.

Kuaishou, whose name in Chinese means “fast hand,” counts social media giant Tencent Holdings as an investor. The app had 262 million daily active users during the three quarters through September.

Kuaishou is set for its shares to start trading Feb. 5 in Hong Kong. The company raised $5.4 billion in its Hong Kong flotation last week, giving it a valuation of more than $40 billion.

CAVCA said platforms could be deemed as infringing on copyrights by providing unauthorized music to users. The association argued that platforms should bear the responsibility for reviewing for violations content published by users.

Kuaishou in its users agreement says users should make sure that content in short-video uploads fully complies with copyright rules. Users should bear all the responsibility related to the matter, Kuaishou says in the agreement.

A Caixin search on Kuaishou showed that some music listed by CAVCA for copyright violation can be found in a database Kuaishou offers to users.

CAVCA started talks with Kuaishou regarding copyright issues in September 2019, but Kuaishou “responded slowly,” the association said. CAVCA said it filed a complaint against Kuaishou with the copyright authority.

In October, CAVCA took Kuaishou to court for alleged music copyright infringement and demanded compensation of 130,000 yuan ($20,000). No ruling has been issued.

In October Kuaishou reached a partnership deal with Warner Music Group Corp. for licensed access to its music after obtaining authorization from JVR Music International Ltd. In comparison, rival Douyin, the domestic Chinese version of TikTok, has set up broader partnerships with music companies and CAVCA.

Kuaishou was founded in 2011 as a means for Chinese users to share animated GIFs with their friends and moved into the short-video format a year later. The company posted explosive revenue and user growth over the past three years, capitalizing on the spectacular rise of Douyin, which was created in 2016 and launched internationally in 2017 as TikTok.

Ding Yi contributed to this story.