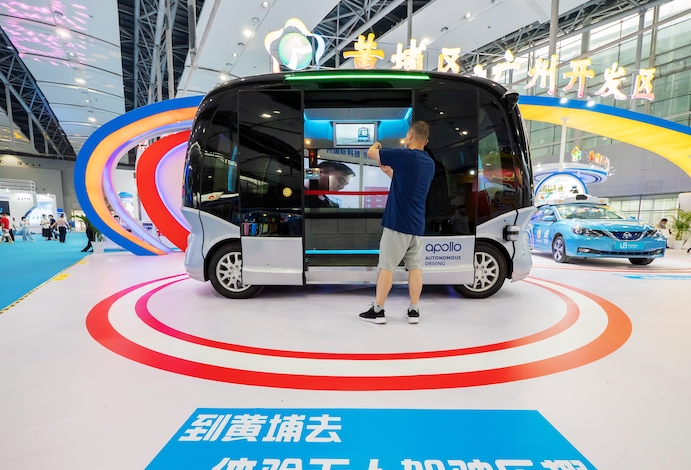 Tony Han, founder and CEO of WeRide, said Wednesday the Mini Robobus will mainly provide services for the last three to five kilometers of a journey. The operating model may be setting up bus stops in crowded locations or exploring a taxi-like system where users can call for a ride, he said.

Han didn’t disclose how much a ride will cost, but he said the service will need government subsidies to help fund vehicle maintenance.

The Mini Robobus, created by WeRide and its strategic investor and commercial vehicle manufacturer Yutong Group, doesn’t have a steering wheel or pedals and has a capacity to convey as many as eight passengers. The driverless bus uses L4 autonomous driving technologies and is designed for open urban roads.

WeRide signed a strategic partnership with Guangzhou Public Transport Group No. 3 Bus Co. Ltd., a state-owned bus enterprise in Guangzhou. It is also the bus service provider on Guangzhou’s International Bio Island, where the Mini Robobus is being tested.

WeRide received a $200 million investment from Yutong Group in December. The two companies have unveiled plans to jointly accelerate large-scale commercial use of fully autonomous vehicles, including minibuses and city buses.