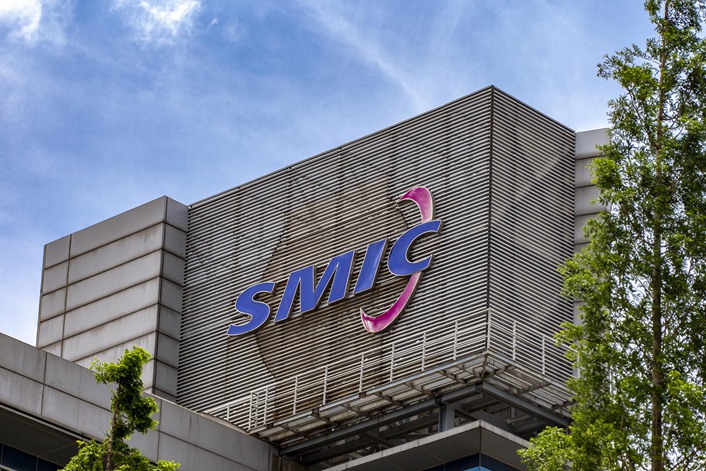 Chinese chipmaking champion Semiconductor Manufacturing International Corp. reported declining revenue and profits during the final quarter of 2020, and its shares slid as much as 10% Friday after warning that U.S. sanctions were crimping its ability to buy equipment so it could expand to meet customer demand.

Fourth-quarter revenue dropped 9.4% to $981 million from $1.08 billion in the third quarter, even as sales showed a year-over-year rebound of 16.9%. Profits fell 13.2% during the fourth quarter from the prior quarter to $228.6 million, overshadowing a tripling of profits from the fourth quarter a year earlier.

Gross margins fell to 18% during this year’s fourth quarter, and it warned that during the current first quarter these profit levels — closely watched by investors — would remain stuck in the range of 17% to 19%.

Nonetheless, SMIC said it expects to see revenue grow 7% to 9% during the current first quarter, under the assumption that its business would not be further impacted by U.S. sanctions.

“The company is restricted from procuring related U.S. items or technologies,” CFO Gao Yonggang cautioned in SMIC’s quarterly financial statement, adding that “export license application processes must be followed, they take time and will face uncertainty.”

Late last quarter, SMIC was slapped with sanctions by the U.S. Commerce Department on Dec. 18 that prevent it from acquiring advanced technologies from U.S.-connected companies, adding SMIC to a growing list of Chinese companies including Huawei Technologies Co. Ltd.

SMIC’s foundries are “fully loaded” but the company lacks further capacity to meet all of its customers demand, Zhao Haijun, one of the company’s co-CEOs, told investors during a conference call following the quarterly report.

Stewart Randall, a semiconductor expert at consultancy Intralink, said the revenue breakdown from the latest quarter suggests the company is relying on older, 55 nanometer-scale products to continue growing, but that its smartphone business is declining because they depend on sleeker more advanced circuits.

China has tried to fashion SMIC into a national champion that could rival the likes of international chipmaker Taiwan Semiconductor Manufacturing Co. Ltd. (TSMC) or South Korea’s Samsung Electronics Co. Ltd. as U.S. sanctions put the squeeze on China’s supply of high-tech chips. However, SMIC’s chips lag two generations behind those of TSMC and Samsung, which limits its ability to produce chips for the latest smartphones and other coveted gadgets.

The U.S. Department of Defense added SMIC to a blacklist on Dec. 3 citing alleged ties to the Chinese military. That started the clock on a ban on Americans investing in the firm and trading its securities and related derivatives — though the deadline was later extended.

The U.S. government said the effective sanctions were meant to prevent products made with U.S. technology from falling into the hands of the Chinese army. SMIC has repeatedly denied it sells or provides products to the military.

SMIC was one of the first big Chinese firms to delist in 2019 in the face of growing U.S. hostility and return to Chinese capital markets. It moved to Shanghai’s Nasdaq-like STAR Market in July last year, with a blockbuster $6.56 billion IPO.

This story has been updated to correct the spelling of analyst's name.