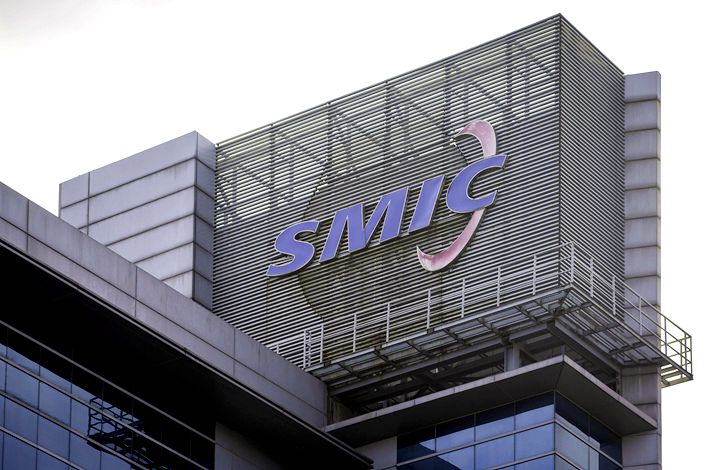 SMIC’s headquarters in Shanghai on Dec. 19.

China’s largest chipmaker has ceased trading shares in the U.S. after it was blacklisted by the Department of Defense, falling afoul of a presidential order that bans American investment in “Communist Chinese Military Companies.”

That trading ended Wednesday when the exchange’s operator, OTC Market Group, informed the company it would be removed by the end of the day, according to a statement by SMIC to the Hong Kong bourse where it is listed.

OTC Markets Group cited “the Executive Order and related regulatory guidance,” according to SMIC, which has denied having military links.

Like the chaotic back-and-forth push to delist China’s three telecom majors from the New York Stock Exchange, the ban is considered largely symbolic and is unlikely to have a material impact on the company in the short term. SMIC was one of the first big Chinese firms to delist amid growing U.S. hostility and stage a return to Chinese capital markets, and it landed on Shanghai’s Nasdaq-clone STAR Market in July with a blockbuster $6.56 billion listing.

But it marks the end of an era for the 20-year-old chipmaker, which first went public in New York in 2004, and which Beijing has more recently tried to fashion into a national champion that could rival the likes of nearby foundry Taiwan Semiconductor Manufacturing Co. Ltd. (TSMC) as U.S. sanctions put the squeeze on China’s supply of high-tech chips.

Washington has maintained its sanctions are intended to prevent products made with U.S. equipment — which firms like TSMC use to produce the most advanced chips — from falling into the hands of the Chinese military. SMIC’s chips are said to lag two generations behind those of TSMC and South Korean rival Samsung.

The U.S. Department of Defense blacklisted SMIC on Dec. 3, restricting Americans from trading securities and related derivatives issued by the firm. In a response the next day, SMIC said it was a private, international company with investors and customers around the world, and that its products had never been used for military purposes. It said the blacklisting represented a fundamental misunderstanding of its business.