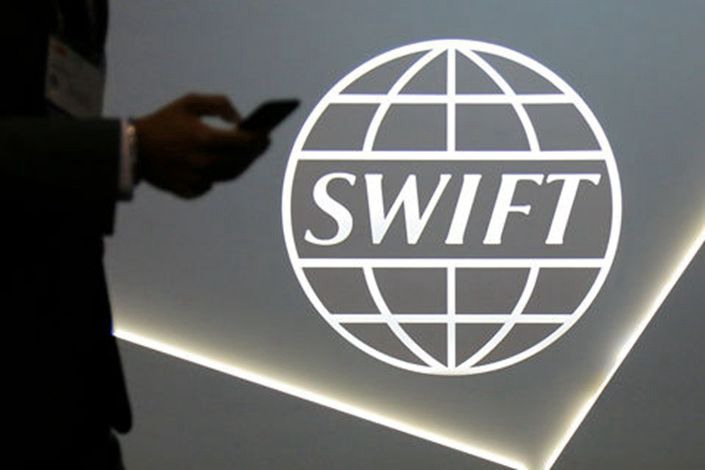 The establishment of Beijing-registered Finance Gateway could also help China expand the influence of its own cross-border clearing house and payments system.

The People’s Bank of China (PBOC) has set up a joint venture with SWIFT, the global network that processes transactions between financial institutions in different countries, public business records show, although the central bank hasn’t made any official statement about the linkup.

SWIFT, which stands for the Society for Worldwide Interbank Financial Telecommunication, set up the venture, Finance Gateway Information Services Co. Ltd. (金融网关信息服务有限公司), with several institutions under the PBOC on Jan. 16, according to information (link in Chinese) available on the National Enterprise Credit Information Publicity System. With registered capital of 10 million euros ($12 million), the joint venture will primarily be involved in information systems integration, data processing and technology consultancy, according to the publicity system.

Sources with knowledge of the matter told Caixin that the venture was set up to fulfill regulatory requirements regarding cross-border data security, ensure that information about transactions is stored domestically, and further facilitate cross-border transactions.

“This is a compliance update in China … that allows us to continue and strengthen our services to support our customers’ business goals in China,” SWIFT told Caixin in a statement. The joint venture “will be able to obtain necessary licenses for local network management activities. It is majority owned and controlled by SWIFT and its services will be limited in scope and entirely focused on maintaining compliance with applicable regulations in China.”

Finance Gateway was set up by SWIFT’s Hong Kong unit and four institutions under the PBOC which are involved in the payments market either as participants or infrastructure providers. SWIFT owns a 55% stake while the China National Clearing Center holds 34%, the central bank’s digital currency research institute (DCRI) has 3%, Cross-Border Interbank Payment System Co. Ltd. (CIPS) has 5%, and the Payment and Clearing Association of China (PCAC) owns 3%.

SWIFT has three seats on the board while the Chinese side has two –– the chairman, Cheng Shigang, a deputy general secretary of the PCAC, and Mu Changchun, head of the DCRI.

The DCRI’s participation and Mu’s inclusion as a director suggest some of the venture’s work will be focused on the digital yuan, and may be a sign that the central bank wants to speed up the cross-border payment application of the central bank’s digital currency (数字货币) known as DCEP (数字货币和电子支付工具).

The establishment of Beijing-registered Finance Gateway could also help China expand the influence of its own cross-border clearing house and payments system, CIPS, which was set up in 2015 to help promote the internationalization of the yuan, especially among countries involved in the Belt and Road Initiative.

CIPS would still need to use the SWIFT infrastructure though, so the joint venture could mark a further step forward in integrating CIPS into the Belgium-based institution’s financial infrastructure.

A source close to CIPS told Caixin that information related to China’s cross-border transactions will first go through Finance Gateway before connecting to SWIFT. The collaboration between CIPS and the joint venture will be “mutually beneficial,” the source said.

“We have been part of China’s financial markets for more than 30 years, connecting it to the global financial system by facilitating payments and securities flows across borders, and, as we do everywhere we operate, we make adjustments as necessary to remain compliant with regulatory requirements,” SWIFT said.

This isn’t SWIFT’s first foray into China. In January 2019 it announced it was setting up a wholly owned subsidiary in Beijing to offer localized services in China and accept the yuan as a settlement currency. SWIFT also signed a letter of intent with CIPS to deepen cooperation in cross-border payment services that year.

The DCRI has been working with SWIFT for some time. In July 2019, the two sides held a trade financing seminar which discussed how to jointly build a digital technology ecosystem using the PBOC’s technology and SWIFT’s platform and network.