China Calls on Chipmakers to Boost Supplies to Car Manufacturers

By Zheng Lichun and Anniek Bao 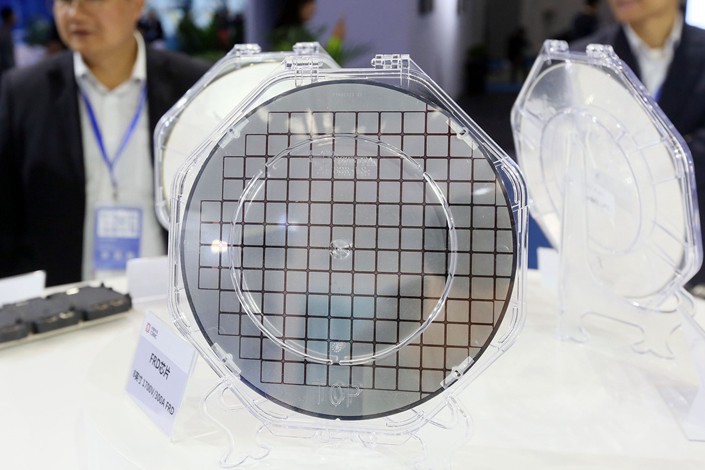 The car chip shortage owes in part to strong demand from electronic and smartphone makers, which are two of the chip industry’s biggest customers and tend to take priority when capacity is tight.

Chinese regulators have called on chipmakers to pay more attention to the world’s largest auto market, as a car chip shortage forces manufacturers to cut back production due to insufficient supplies of the high-tech components.

The industry’s recent woes showed up in the latest industry figures released Tuesday, with China’s vehicle production contracting 15.9% in January compared with December levels, according to the China Association of Automobile Manufacturers (CAAM). That was far larger than the 0.3% decline between December and January in the previous year, with CAAM blaming the steeper drop on the car chip shortage.

Individual carmakers have warned of the problem, sending a worrying signal less than a year after China’s car market first began to emerge from a nearly two-year slump.

In a bid to tackle the problem, officials from China’s Ministry of Industry and Information Technology (MIIT) met Tuesday to urge global chipmakers to “treat the China market with great value,” ramp up chip supplies to Chinese automakers and improve transportation efficiency.

Several leading carmakers reported significant production declines last month, including SAIC Motor Co. Ltd., which boasted 22.7% of China’s market in 2019 with over 6 million vehicles sold that year. Production for its high-profile venture with Volkswagen AG totaled just 83,000 cars in January, a 51% plunge from December. Production for its other major joint venture with U.S. giant General Motors Co. Ltd. fell 22% over the period, and that for its SAIC-GM-Wuling Automobile minivan joint venture fell 45%.

Continued chip supply strains will cause first-quarter production to decline around 5% for some carmakers, said Gong Min, chief auto analyst at investment bank UBS Securities. Such a decline would be particularly significant since sales were already extremely depressed during last year’s first quarter when China’s Covid-19 epidemic was at its peak.

Microchips are essential for cars’ electronic stability programs (ESP) that improve their stability, and their Eco mode that helps improve fuel efficiency.

Four major chip foundries in Taiwan — TSMC, Powerchip Semiconductor, UMC and Vanguard International — said late last month they will redistribute more chips to supply global carmakers. The four, which often produce chips for big design houses like Qualcomm and Intel, accounted for 65.2% of the global chip market in the fourth quarter last year, with 55.6% of the global market held by TSMC alone.

In 2020, TSMC’s sales of car chips declined 7% from the previous year, compared to a 23% rise for smartphone-related chips, according to the company’s financial report.

The car chip shortage owes in part to strong demand from electronic and smartphone makers, which are two of the chip industry’s biggest customers and tend to take priority when capacity is tight.