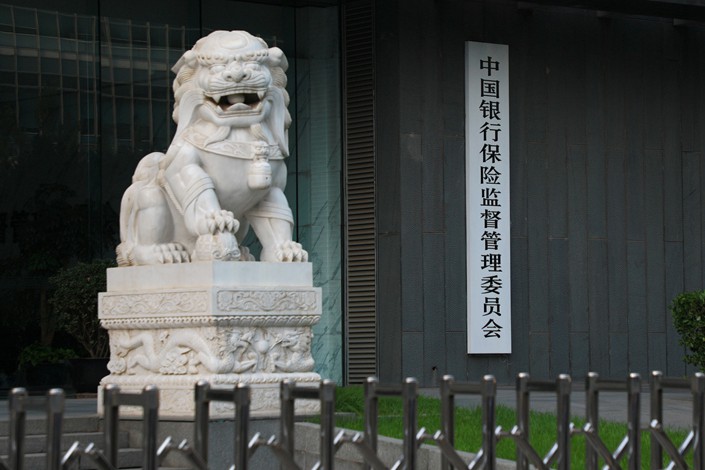 The Beijing headquarters of the China Banking and Insurance Regulatory Commission. Photo: VCG

China’s banking and insurance regulator said it has taken action against some of its staff for making prohibited investments and financing moves, effectively banning them from using their influence in public office to invest or borrow money.

The China Banking and Insurance Regulatory Commission (CBIRC) has collated reports from 27,000 of its staff detailing their investment and financing activities and subsequently found 429 people had engaged in forbidden financial activities involving 160 million yuan ($24.8 million), said an official statement (link in Chinese) released Tuesday. Subsequently, it has undertaken 106 disciplinary actions against those who violated the regulations, it said.

The move adds to evidence that regulators have stepped up a crackdown on corruption and conflicts of interest in the financial industry.

In a regulation issued in October, the CBIRC said the so-called “red line” for its staff and their close relatives prohibits them from taking advantage of their influence in public office to enjoy preferential prices, conditions or procedures when making investments or securing loans.