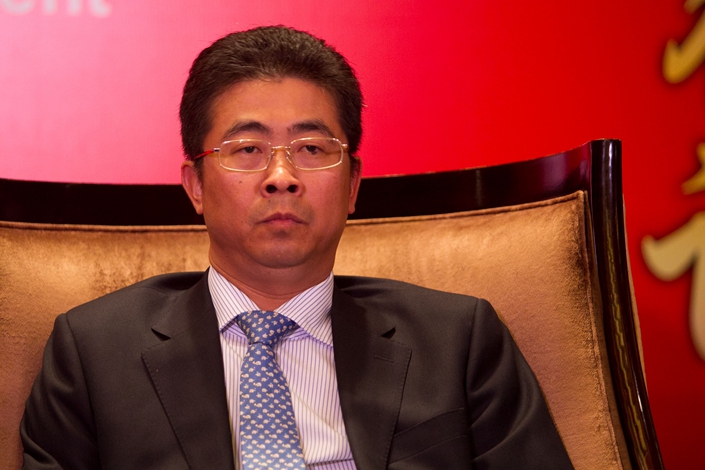 China’s top anti-graft watchdog has decided to expel a former executive of the country’s biggest state-owned commercial bank from the Communist Party and remove him from all public posts, citing serious violations of the law including taking big bribes, in an official statement on Wednesday.

Gu Guoming, a former party chief and president of Industrial and Commercial Bank of China Ltd.’s (ICBC) Shanghai branch, was found to have been involved in serious corruption, including taking an “extremely huge amount” of bribes and taking advantage of his positions to seek benefits for his relatives and friends, according to a statement (link in Chinese) released by the Central Commission for Discipline Inspection (CCDI), the party’s top graft busting agency.

Gu is one of the latest in a string of financial executives to be taken down from their lofty positions in a sweeping government campaign to combat corruption in the financial industry.

Gu, 52, was put under investigation by the graft buster and removed from his roles at ICBC’s Shanghai branch in June. Separate sources told Caixin that the probe was related to Gu’s involvement arranging illicit investment deals involving an affiliate of Liu Shiyu, a former chairman of the China Securities Regulatory Commission. He Minhua, a well-connected businesswoman, was involved and received loans of billions of yuan from ICBC.

Multiple sources close to ICBC told Caixin that Gu’s corruption case could involve hundreds of millions of yuan. Also, during the investigation period, he was in contact with over 10 ICBC employees he has had a relationship with, Caixin has learned.

The CCDI said in the statement that it will transfer evidence of Gu’s suspected crimes to prosecutors, along with the property involved.

For 30 years, Gu worked at the Shanghai branch of Hong Kong- and Shanghai-listed ICBC, the world’s biggest bank by assets. In 1989, he joined the branch as a staff member of its international business unit, and later took multiple management roles, according to the CCDI. In 2002, Gu was appointed as a deputy president of ICBC’s Shanghai branch, promoted 13 years later to party chief and president, posts he held until June 2019.

In the 1990s, he was appointed as a director of the board of now-defunct International Bank of Paris and Shanghai, a joint venture set up in 1992 by ICBC and French banking giant BNP Paribas SA, which was renamed as BNP Paribas (China) Ltd. in 2003 following ICBC’s withdrawal.