In Depth: Why Vaccines Won’t Soon End the Covid-19 Pandemic 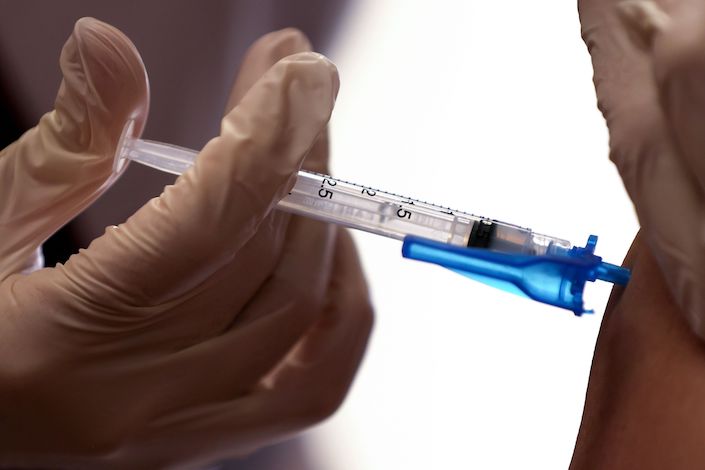 A dose of the vaccine

A rugged battle is underway between the coronavirus and humanity trying to bring the Covid-19 pandemic to an end.

To slow the raging virus, roughly 4.7 million doses of vaccines are being given globally every day in the biggest inoculation campaign in history. But that is still far short of enough to stop an outbreak that has sickened more than 100 million people and killed more than 2.3 million worldwide.

Constraints on production, distribution and delivery of inoculations as well as public hesitation over the new vaccines are hindering global immunization efforts, casting a shadow over prospects for reopening economies.

The United States inoculated 2.8 million people by the end of December, far behind the goal of 20 million set by former President Donald Trump. New President Joe Biden said he hoped to exceed 100 million vaccine doses in 100 days, but there are uncertainties for hitting that target at the current pace.

In the European Union, several countries encountered supply shortages in January, dampening the bloc’s hopes of immunizing 70% of its population — enough protection to slow the spread of the virus— by summer.

In China, which started emergency vaccinations for certain groups of people in June, a total of 24 million doses were given by the end of January. However, given the country’s huge population, it will the end of this year before China can secure enough supply to inoculate 70% of the population, or 1 billion people, based on the current pace of vaccine production, according to Feng Duojia, head of the China Association for Vaccines.

Compared with major economies, less-developed countries face even greater challenges because of limited access to vaccines, fueling concerns over fairness in the global immunization campaign.

According to Agence France-Presse, the world’s 29 poorest countries have yet to launch public vaccinations. To ensure fair distribution, the World Health Organization (WHO), the vaccine alliance Gavi and the Coalition for Epidemic Preparedness Innovations (CEPI) launched the COVAX initiative, aiming to accelerate development and manufacture of Covid-19 vaccines and to make sure that they reach the poorest.

Seth Berkley, CEO of Gavi, said in January that COVAX aimed to deliver 2.3 billion doses by year-end, including 1.8 billion to lower-income people, at no cost to their governments.

At least seven Covid-19 vaccines have been approved for emergency or public use worldwide, but all of their production capacity combined won’t meet global needs, analysts said.

“Compared with global demand of tens of billions of doses, the current capacity of hundreds of millions is a drop in the ocean,” said Feng from the China Association for Vaccines. “Supplies will catch up when more companies win approval to roll out their products and expand their production capacity.”

Theoretically, manufacture of vaccines using the new mRNA technology, including those developed by Pfizer-BioNTech and Moderna, is easier to scale up with lower costs because of their less-stringent requirements on production facilities. But in reality, the new technology is still in an experimental stage and may encounter uncertainties in mass production, analysts said.

For instance, a Pfizer-BioNTech plant in Belgium producing the new mRNA vaccines fell short of making as many shots as expected because of lack of experience, said one industry source. Meanwhile, mRNA vaccines require ultralow-temperature storage, making it more difficult to transport.

Compared with mRNA vaccines, inactivated-virus vaccines, including the shots produced by China’s Sinopharm and Sinovac, require much higher safety standards in lab and production facilities, limiting the ability to expand production quickly.

Another major constraint to ramping up vaccine production is the small glass bottles that are used to pack vaccines. Zhang Wenhong, director of the infectious diseases department at Huashan Hospital in Shanghai, said it is even harder to increase the supply of vaccine bottles to meet global demands than the vaccine itself.

The tiny sterile vials, each one smaller than a single fluid ounce, must meet extremely high safety standards, including being shatterproof and resistant to extraordinary temperatures. Only a handful of companies worldwide can produce such vials.

China plans to roll out the vaccination in three phases, starting with people at highest risk such as medical and front-line workers, then expanding to groups of the frail and finally to the general public.

Unlike many countries that put the elderly high on the inoculation list, China prioritizes essential workers including those working for medical institutions, logistics, customs and public transport systems as they are key to keeping society running and are exposed to higher infection risks, a public health expert said.

The central government has outlined a rough timetable for the three-phase vaccination plan. However, the rollout has been uneven. In Beijing, more than 1.9 million people, or 7% of registered residents, were vaccinated by mid-January, leading the rest of the country, according to the official Xinhua News Agency. The rate in the southern province of Guangdong was about 1.2% by early January, according to the local health authority. And in the hinterlands province of Henan, fewer than 1% of residents have received vaccinations, a local newspaper reported.

Less-developed regions face supply shortages. A disease control official in a central province told Caixin that the province received 3,000 doses of vaccines, enough to inoculate 1,500 people, although there are 10,000 people classified in high-risk groups waiting to take the vaccine.

Another official in a less-developed northwest province said only 550 doses were allocated to the region, where 10,000 people are eligible for the shot.

“The mass rollout of vaccination is not only a test for medical institutions and disease control agencies, but also a test of the whole society’s organizational capacity,” Feng said.

As countries race to immunize people, the world won’t be able to return to normal any time soon amid uncertainties stemming from the public’s confidence in the new vaccines, the efficacy of the shots, the rollout progress and other factors, experts said.

While mass inoculation can put the virus under control, the novel coronavirus that causes Covid-19 won’t disappear soon by itself and will continue spreading as the pace of vaccinations varies among countries, experts said.

As developed countries gradually contain the virus through vaccination, the disease will spread in underdeveloped regions such as Africa and stay there for years, said Lu at the University of Duisburg-Essen.

“There is little chance that the world will be fully reopened in the next few years,” said Huang Yanzhong, a public health expert. Huang said he expects major economies to largely reopen by fall while other countries will have to wait longer.

Asian countries like China that have taken aggressive measures to eliminate domestic outbreaks over the past several months will have to fine-tune their approach from strict control to get most people immune through vaccination, Lu said.

With mass vaccination, the coronavirus will become less destructive to humanity and will gradually turn into a normal seasonal disease, health experts said.

“Eventually, we will have to learn how to coexist with the virus,” one immunologist said.

Wang Zhuoqing and Xiao Zhongxian contributed to this story.