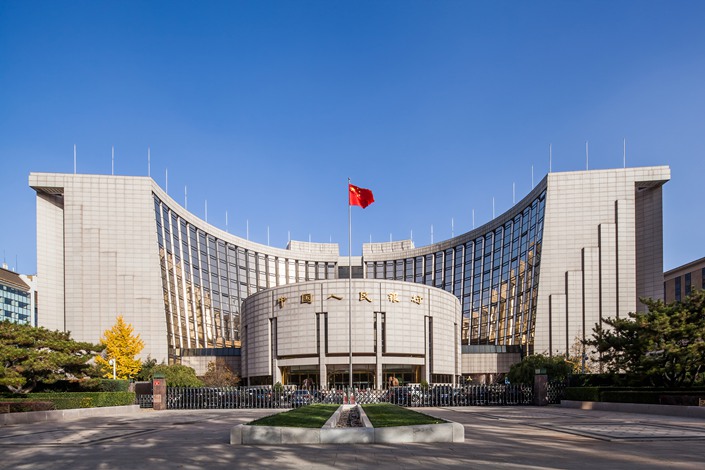 China’s central bank is crafting a package of policies to support finance for green development as part of efforts to play a more active role in the nation’s fight against climate change.

The People’s Bank of China (PBOC) will incorporate ways to promote low-carbon emissions and other sustainable development measures into its financial plans over the next five years, Wang Xin, director of the central bank’s research bureau, told a press briefing (link in Chinese) last Tuesday.

The PBOC is also revising a plan (link in Chinese) for evaluating how deposit-taking banks conduct their green finance business, including how they make green loans and issue green bonds. The central bank can then set up future monetary policy tools based on the results, Wang said, adding that the plan is expected to be issued in 2021 after seeking public comments.

The PBOC is currently working with the European Union on a common classification standard on green finance, which is expected to launch this year. Such a standard could boost coordinated development of the green finance market and promote cross-border investment, Ai Ming, deputy director of the PBOC’s international department, said at the meeting.

The PBOC previously touched on the topic last month when it outlined its key tasks and goals for 2021, including improving policy framework and incentive mechanisms to guide financial resources to support green development. It also said it aimed to improve the financial system’s ability to manage climate change-related risks, and ensure that the pricing of carbon emissions credits traded under a national scheme is reasonable.

The central bank’s efforts are part of a broader commitment by President Xi Jinping in September to make the world’s largest emitter reach peak carbon emissions before 2030 and become “carbon-neutral” by 2060. In December, Xi further committed to cutting China’s emissions per unit of GDP by 65% by 2030 from 2005 levels.

China’s active promotion of green finance dates back to at least 2016, when ecological and financial regulators published guidelines (link in Chinese) on building a framework for such finance.

As of the end of 2020, China had about 12 trillion yuan ($1.9 trillion) in outstanding green credit, and had issued about 810 billion yuan in green bonds, Wang said at last week’s press conference.

Projects funded by money raised by the green bonds can reduce the need for use of about 50 million tons of standard coal each year, equal to a reduction of more than 100 million tons of carbon dioxide emissions, Peng added.