Myanmar Crisis Not What China Wishes to See, Ambassador Says 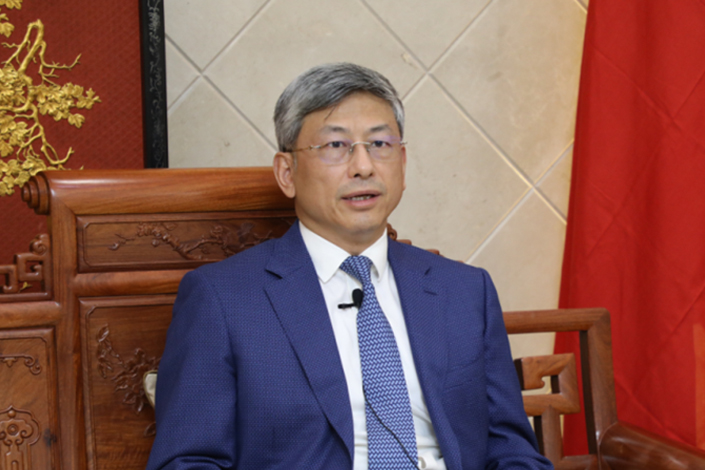 China’s ambassador to Myanmar has said political turbulence in the country is “not at all what the Chinese side wishes to see,” adding that Beijing had “no prior knowledge” of the military coup that ousted Aung San Suu Kyi, Myanmar’s democratically elected leader, earlier this month.

He did not condemn the military takeover, saying China hoped that “all parties” would “properly handle the current issues through dialogue and consultation” in order to bring Myanmar politics “back onto a normal track.”

China was “concerned about the situation” of Aung San Suu Kyi and other detainees, he said.

Crowds of protestors have gathered in cities across Myanmar in recent days in opposition to the coup, prompting the military government to respond with violent crackdowns, curfews and internet blackouts.

Some demonstrations outside the Chinese embassy in Yangon, Myanmar’s largest city, appeared to be fueled by claims that Beijing is helping the military regime.

“We understand (the protestors’) calls, and our work pushing for peace and dialogue reflects their legitimate demands,” Chen said.

Beijing has “friendly relations” with both the Myanmar armed forces and the National League for Democracy (NLD), the political party headed by Aung San Suu Kyi, he said.

Rumors have swirled online that Beijing sent soldiers to Myanmar and flew in technology specialists from the city of Kunming.

Chen said the speculation was “completely ridiculous,” adding that the planes were “normal cargo flights” to China of Myanmar exports like seafood, which are operating on a reduced schedule due to the Covid-19 pandemic.

“If there is a market for such gossip in Myanmar, it is only because of manipulation and incitement by forces behind the scenes with ulterior motives,” he said.

China has come under pressure from the United States and other countries to formally condemn the coup, which Chinese state news agency Xinhua initially called a “major cabinet reshuffle.”

Beijing has at times joined international criticism of the Myanmar military, while also urging a return to peace and stability.

On Friday, the UN Human Rights Council, of which China is a member, adopted a resolution deploring the removal of the elected government and calling for the release of Aung San Suu Kyi and other arbitrary detainees, as well as for the restoration of free internet access.

On Feb. 5, U.S. Secretary of State Antony Blinken urged China to “join the international community in condemning the military coup in Burma,” according to a statement by state department spokesperson Ned Price.

The previous day, the UN Security Council, of which China is a permanent member, issued a statement stressing the “need for the continued support of the democratic transition in Myanmar” and the “need to uphold democratic institutions and processes.” China took part in the discussions leading up to the announcement, Chen said.

On Feb. 1, Myanmar’s military arrested Aung San Suu Kyi — the 75-year-old State Counsellor and de facto head of state — announced it had seized control of the country, and declared a one-year state of emergency.

The move followed a months-long dispute between the armed forces and the civilian government over the results of the November election, in which the NLD won a huge majority of the seats it was permitted to contest under the country’s constitution.

The putsch hobbled Myanmar’s five-year democratic experiment, during which the military was guaranteed a quarter of parliamentary seats.

Chinese businesses from carmakers to fintech firms have waded into the Myanmar market, eyeing a population with growing spending power.

But controversy has swirled around other ventures, including an investment project in a border village backed by a Chinese investor apparently on the run from illegal gambling charges.