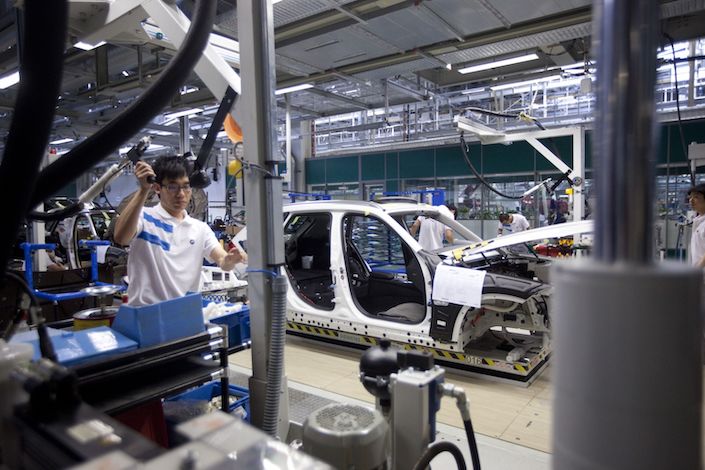 Following a series of defaults late last year that rattled markets, disgruntled creditors have successfully pushed for borrower concessions that would have seemed out of reach in China only a year ago. They reversed a major automaker’s plan to make a profitable unit less accessible to bondholders, forced an energy producer to sweeten a debt swap offer and secured an unprecedented court ruling that required a construction company’s underwriter, rating firm and auditor to compensate individual bondholders.

Although limited in scale, the cases are fueling optimism that creditors will enjoy a more level playing field as defaults in China become more common. Now that policymakers are gradually dialing back financial support to distressed borrowers, they’re under pressure from local and international investors to make the restructuring process fairer and more transparent. It’s part of a broad push for change that includes stiffer punishments for bond-market wrongdoing and a green light for nonbank institutions to form creditor committees.

“As a long-time distressed asset investor in China, I can see that creditors are clearly becoming more aggressive in defense of their financial interests,” said Brock Silvers, chief investment officer of Kaiyuan Capital. “Regulators have been generally supportive as they attempt to improve the efficiency of credit markets.”

As a result, many borrowers are facing hard choices as regulators turn away from bailouts and investors clamor for more rule-based, less-political enforcement options, Silvers added.

State-run automaker Brilliant Auto Group Holdings Co. disclosed in mid-November that it defaulted on 6.5 billion yuan ($1 billion) of debt. A few days earlier, a Hong Kong-listed unit that has a joint venture with BMW AG said its controlling shareholder, Liaoning Xinrui Automotive Industry Development Co., would pledge its 30.4% stake as collateral for loans from an unspecified third party. Liaoning Xinrui, a wholly owned subsidiary of Brilliance Auto, took over the stake from Brilliance in late September, shortly after concerns about the automaker’s financial health surfaced.

The share pledge announcement raised concerns that the defaulter’s profit-generating Hong Kong-listed assets might be beyond creditors’ reach in a restructuring. A bondholder meeting in late November approved proposals asking the automaker not to evade debt or dispose of assets, according to a filing to Chinabond.com.

In a swift turn of events, the Hong Kong-listed unit said in December that the shares previously pledged as loan collateral by Liaoning Xinrui were released. Calls to Brilliance Auto’s office responsible for bond affairs went unanswered.

As part of post-default restructuring, the coal mining company Wintime Energy Co. proposed a debt-for-equity swap in November that keeps creditors from selling the shares for three years as well as delaying repayment on another portion of its debt by 12 years.

The proposal prompted unhappy creditors to send a letter to the court and administrator leading the company’s restructuring, complaining about the long lock-in period attached to the swap offer, according to people familiar with the matter who weren’t authorized to speak publicly and declined to be named.

In less than a month, the company sweetened the deal by making it easier for creditors to offload shares converted from debt. Wintime Energy’s official responsible for securities information disclosure declined to comment.

The Hangzhou Intermediate People’s Court ruled in late December that companies involved in Wuyang Construction Group Co.’s bond defaults in 2017, including its ratings agency, underwriter, and accounting and law firms, must help pay for some individual investors’ losses.

The verdict was the first of its kind in the nation. Calls to Wuyang Construction’s office responsible for bond affairs went unanswered.