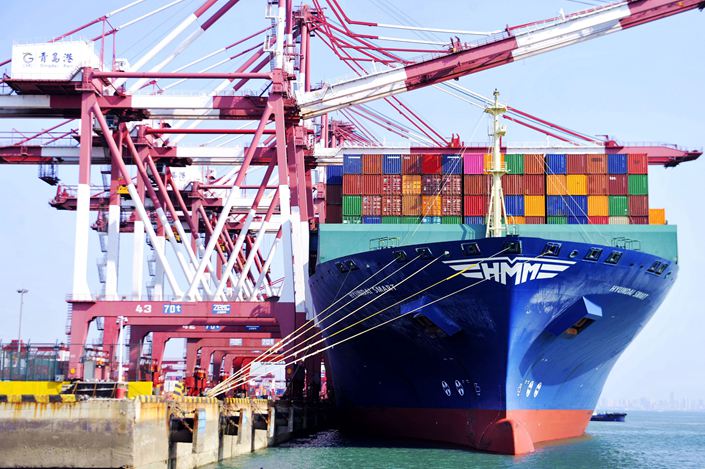 As the Covid-19 pandemic unfolded, U.S. import prices of manufactured goods from most of its trade partners rose significantly. In January, import prices from neighboring Canada went up by as much as 9.3% year-on-year. Yet import prices from China remained flat throughout despite the dollar’s depreciation against the yuan. As the United States’ top source of imports in 2020, China helped tame U.S. inflation at a time when the pandemic caused remarkable supply-demand imbalances.

After the pandemic reached its shores in March, the United States promptly introduced unprecedented fiscal and monetary stimulus — including direct cash transfers — to support demand. Retail sales had already returned to positive growth by June. But ineffective public health responses put a dent on the recovery in production, creating a large output gap.

That gap was partly filled by China. The country was the earliest to emerge from Covid-19 and regain productive capacity, exporting everything from protective equipment, ventilators and computers to furniture, home appliances and other consumer goods. China’s exports to the United States were up 8.2% in 2020, growing by more than 20% year-on-year in each month from August on. In November, the increase was close to 50%.

All this built on China’s already immense and resilient supply capacity, which allowed it to increase its market share in international trade. In 2020, China retook the status as America’s largest exporter, accounting for 18.6% of U.S. imports, far overtaking the European Union and leading Canada, Mexico and the member of countries of the Association of Southeast Asian Nations. This is also an example of how the United States became more dependent on the trade with China despite punitive tariffs on Chinese exports.

China’s stabilizer role now seems more important as reflation gains traction. With the United States ramping up vaccinations and U.S. President Joe Biden determined to push ahead with his $1.9 trillion stimulus plan, the expectation of a recovery has to some extent evolved into concerns over economic overheating and high inflation.

In early February, former Treasury Secretary Larry Summers worried Biden’s plan would result in “inflationary pressures of a kind we have not seen in a generation,” he said. Days later, the TIPS-implied inflation expectation, also known as the breakeven inflation rate, was inches away post-financial crisis highs. Absent the China buffer, inflationary pressures in the United States would only have been more pronounced.