Xie Zhenhua Is Back as China’s Top Climate Envoy 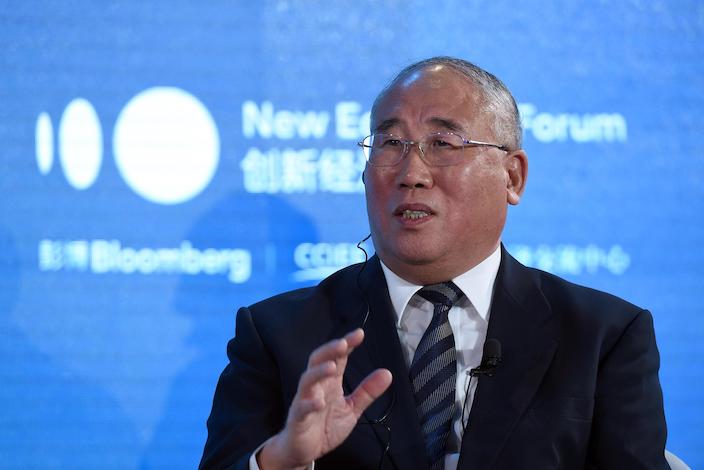 Xie has already been in contact with John Kerry, U.S. President Joe Biden's climate envoy, to begin "dialogue and consultation," the spokesman said in response to a question. Xie, 71, led China's delegation in U.N. climate negotiations from 2007 to 2018 and has a decades-long working relationship with Kerry. The two helped broker the Paris Agreement, the global accord signed in 2016 to curb greenhouse gas emissions.

"China stands ready to work with the United States and the international community to strengthen cooperation on addressing the challenge of climate change, jointly advance the full and effective implementation of the Paris Agreement and boost global green and low-carbon development," Wang said.

U.S. State Department also confirmed Friday that Kerry opened conversations with Xie and that discussions between the two teams will continue, according to U.S. media reports. Biden returned the U.S. to the Paris Agreement last month, four years after his predecessor withdrew from the accord.

The news of Xie's return first came in early February when Kerry told Reuters he learned Feb. 3 that Beijing tapped Xie again to be the nation's lead climate negotiator. Kerry called Xie a “leader” and a “capable advocate” for his country on the issue of global warming, Reuters reported.

"I know him very well because I’ve worked with him for 20 years or so,” Kerry said. “He’s been a long time leader and a believer.”

As the special climate envoy, Xie attended a high-level virtual debate Tuesday on climate and security held by the U.N. Security Council, according to a statement released Thursday by the Foreign Ministry.

"China hopes that the international community will enhance solidarity and steer in the right direction of joint response to climate change," Xie said.

China, the world’s biggest emitter of greenhouse gases, promised in September last year to top out carbon emissions before 2030 and achieve carbon neutrality by 2060. Beijing further pledged in December to cut emissions per unit of GDP by 65% from 2005 levels and to increase the share of nonfossil fuels in primary energy consumption to around 25% by 2030.

Xie's appointment came 10 months ahead of this year's U.N. climate conference, known as COP26, in Glasgow, Scotland. Alok Sharma, president of COP26 and as U.K. cabinet member, congratulated Xie Feb. 5 on Twitter after the two met online in a "constructive discussion on driving ambition for COP26."

China's Ministry of Ecology and Environment set up a special office for climate change affairs to support Xie, according to Liu Binjiang, director of the Atmospheric Environment Department at the ministry.

"This appointment reflects that China attaches great importance to addressing climate change and is committed to strengthening communication and cooperation with international parties to address climate change challenges and jointly build a win-win cooperation and fair and reasonable climate governance system," Liu said Thursday at a press conference.

Xie was appointed head of the State Environmental Protection Administration in 1998 but was forced to resign after the 2005 chemical plant explosions in the northeastern Jilin province. The explosions severely polluted the Songhua River, with an estimated 100 tons of pollutants containing benzene and nitrobenzene entering the river. Exposure to benzene could reduce red blood cell count and is linked to leukemia.

About a year after his resignation, Xie became a vice chairman of the National Development and Reform Commission (NDRC), China's powerful national planning agency. From 2006 to 2015 he was in charge of climate change and energy efficiency.

He was assigned to lead China's delegations in multiple U.N. climate negotiations including the 2009 Copenhagen Summit, which collapsed and failed to reach a legally binding climate agreement.

Todd Stern, former U.S. special climate envoy from 2009 to 2016, described Xie as “colorful and interesting,” and said the Chinese official “has a sense of humor and loves to laugh. I kind of liked him right away,” according to a report by China Dialogue, a London-based nonprofit environmental organization.

“He really understands the issues,” Stern said, according to the report. “He is very protective of what he sees as China’s interests.”