By Zhao Xuan and Yang Ge 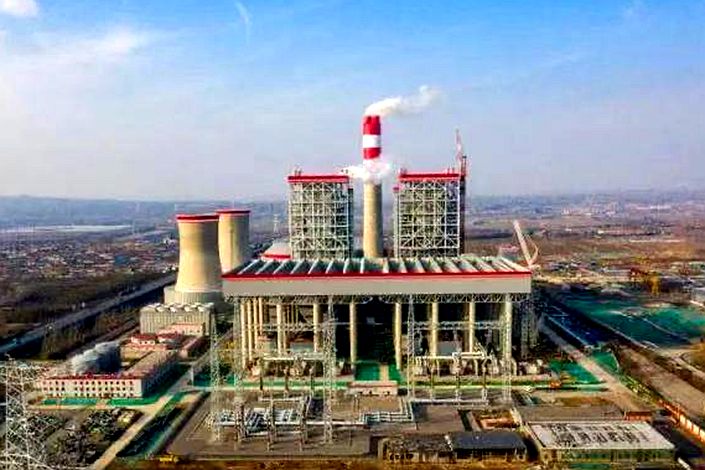 The Shanxi-Jingmen UHV project is China’s oldest line using the technology, but has been plagued with poor power input capability in its first decade of operation.

China’s oldest ultra-high-voltage (UHV) power line developed as part of an ambitious national plan for the high-capacity technology on Sunday successfully received its first large power load from a new generator built expressly to supply the project, 12 years after the line first went into operation.

Following the successful power transfer, the 2x1 gigawatt coal-fired power supplier operated by Jinneng Holding Shanxi Electric Power Co. Ltd.’s (000676.SZ) Shanxi Changzhi unit will now enter a trial phase to validate whether it can supply electricity to the UHV line on a regular basis, according to a Monday announcement by the Jinneng Holding.

The UHV line connecting southeastern Shanxi province with the city of Jingmen in Central China’s Hubei province has been in operation for 12 years, but only now will start getting the necessary supply that can take advantage of its large capacity. Up until now the line was supplied by a smaller power generator with about two-thirds the generation capacity of the new Changzhi project, resulting in a low utilization rate over that time.

UHV technology has been around for decades, but was never successfully brought into large-scale use. It can carry more than 800 kilovolts (kV) on direct current lines and more than 1,000 kV on alternating current ones — several times the capacity of lines used in most of the rest of the world today. Such lines can also cover distances of thousands of kilometers with relatively little electricity loss. The Soviet Union and Brazil experimented with such lines before on a small scale, but China’s largest grid operator, State Grid of China, has much bigger plans for the technology.

China announced a plan to build up UHV infrastructure in 2018, including the construction of 12 UHV transmission lines and total investment of more than 200 billion yuan ($31 billion). It is now aiming to bring in outside investors to help finance the massive project.

The Shanxi-Jingmen UHV project is China’s oldest line using the technology, but has been plagued with poor power input capability in its first decade of operation, resulting in low utilization rates, Zeng Dewen, a senior engineer at China’s Electric Power Planning Design General Institute pointed out in 2019. It first began transmitting power in 2009 and was expanded two years later, with designed capacity for the stable annual transmission of up to 25 billion kilowatt hours.

But the line failed to meet that expectation, in part due to lack of a partner that could provide it with steady supply to utilize its capacity. According to a report last December in the Shanxi Daily newspaper, in its 12 years of operation the project had only delivered 74.7 billion kilowatt hours to Hubei province.

The Changzhi project was aimed at providing such a steady supply to take advantage of the line’s capacity. It was first approved by the Shanxi branch of China’s state planner in 2015, but later was plagued by construction halts as China tried to cut back on its use of coal-fired power as part of a national campaign to clean up the country’s air.

Construction came to a complete halt in 2017, but finally resumed again in 2019. The project has a total investment of about 8 billion yuan, and is located in the Shanxi city of Changzhi. It is about 40 kilometers from the substation serving the Shanxi-to-Hubei UHV line, and was designed to supply it with up to 12 billion kilowatt hours of power per year, according to Jinneng Holding.