By Du Zhihang and Han WEi 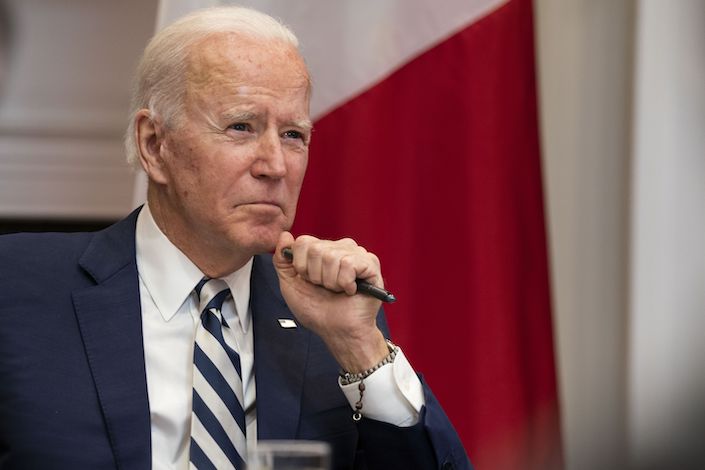 The trade agenda of U.S. President Joe Biden puts top priority on issues including climate change, the fight against the Covid-19 pandemic and global cooperation in a stark departure from his predecessor’s “America First” mantra.

Biden’s trade strategy will look to incorporate sustainable environment goals, advance racial equity and partner with friends and allies, according to an annual report issued Monday by the office of the U.S. Trade Representative (USTR). The report outlines the new administration’s trade agenda, including its stance on China.

Tackling the Covid-19 pandemic and restoring the economy are the top priorities, according to the document. The Biden Administration is focused on increasing vaccine production and distribution and will support long-term investments to strengthen domestic output of essential medical equipment, according to the report.

Trade policy will also support a broader economic recovery by helping companies including small businesses and entrepreneurs put Americans to work by building world-class products for export to foreign markets, the report says.

The United States will work with other countries toward environmental sustainability and raising global climate ambition, the report says. It will also work with partners to implement changes to the World Trade Organization's rules and procedures to address challenges facing the global trading system, it says.

The Biden administration also pledges to use “all available tools” to tackle China’s “unfair trade practices,” according to the report. Without specifying the tools, the report says the administration “is conducting a comprehensive review of U.S. trade policy toward China.”

Biden’s administration will cooperate with partners and allies to make sure that China lives up to its trade obligations, the report says.

Biden inherited numerous trade initiatives from Trump, including tariffs applied to about $335 billion a year of Chinese imports. In Trump’s Phase One Agreement reached in 2020, China promised to purchase more American products, but it missed last year’s target as the pandemic upended shipping and supply chains.

Biden’s USTR nominee, Katherine Tai, is awaiting Senate confirmation. At a hearing last week, she told senators that China needs to live up to the commitments in its trade pact with the U.S. — the strongest signal yet that the new administration plans to build on the accord brokered by its predecessor rather than scrap it.

The Phase One Agreement establishes a strong dispute resolution system that ensures prompt and effective implementation and enforcement, the report says.