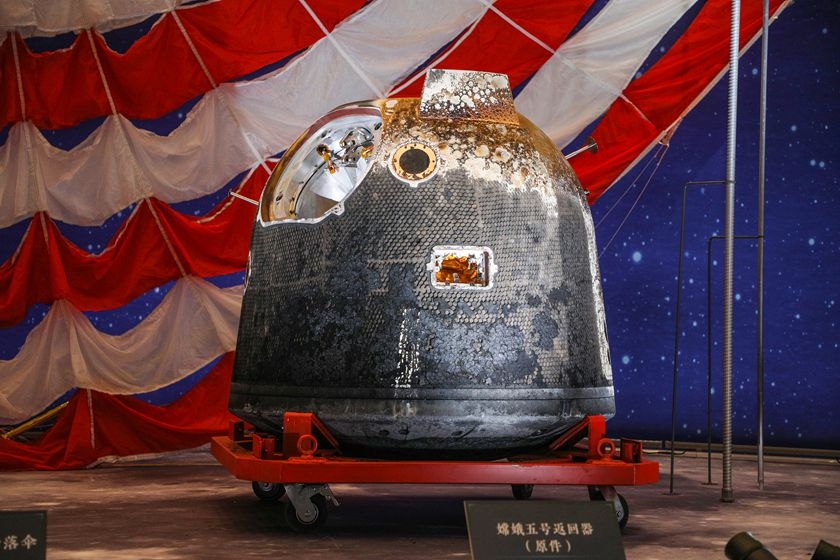 The Chang’e 5 lunar probe’s return capsule sits on display Tuesday at the National Museum of China in Beijing. On Dec. 17, the capsule landed in Inner Mongolia carrying 1,713 grams of samples from the moon. Photo: VCG 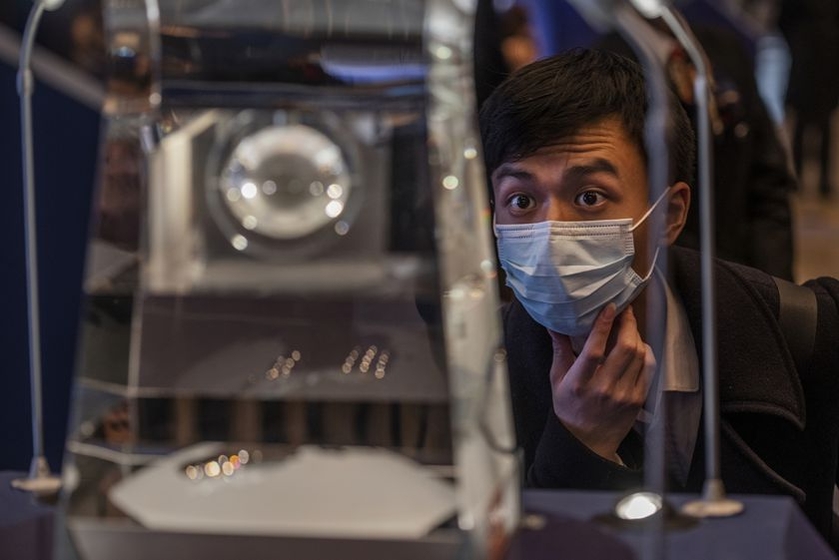 A visitor checks out a 100-gram soil sample encased in glass at the exhibition. Photo: VCG 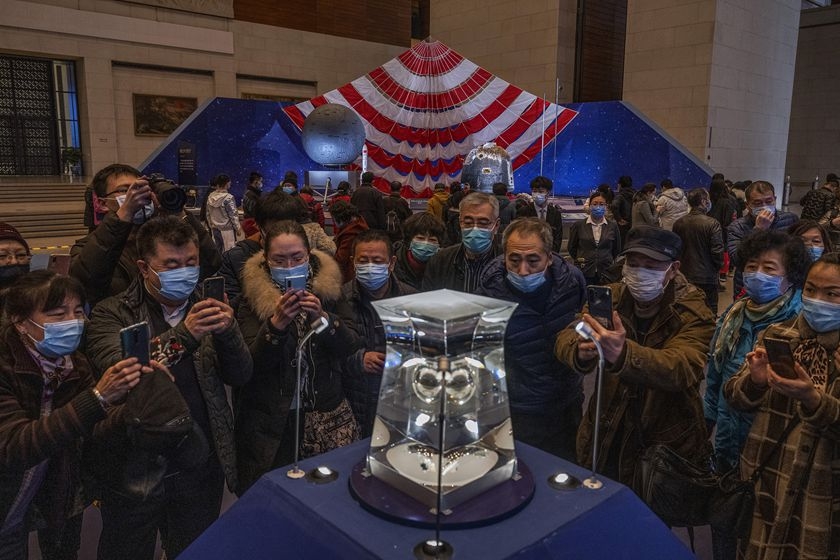 A crowd takes photos of the soil samples. Photo: VCG 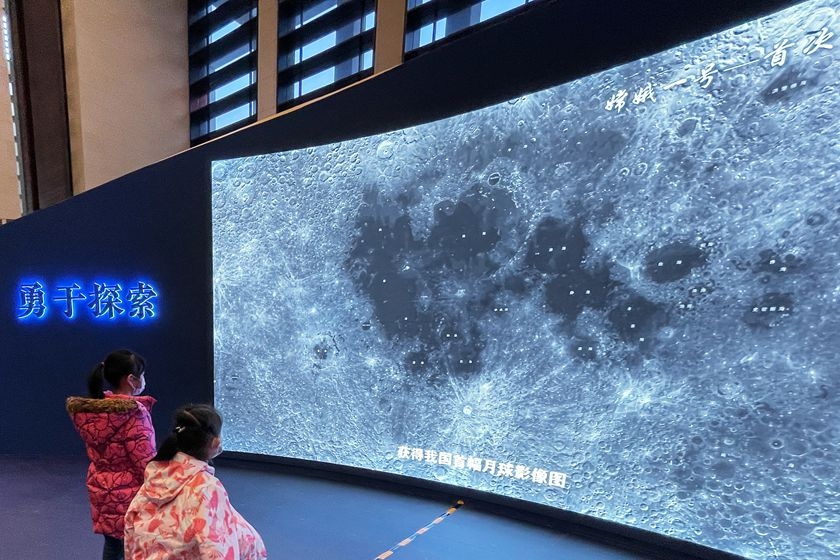 Children look at an image of the moon Sunday captured by the Chang’e 1 lunar probe, the first spacecraft of China’s lunar exploration program that began in 2007. Photo: VCG 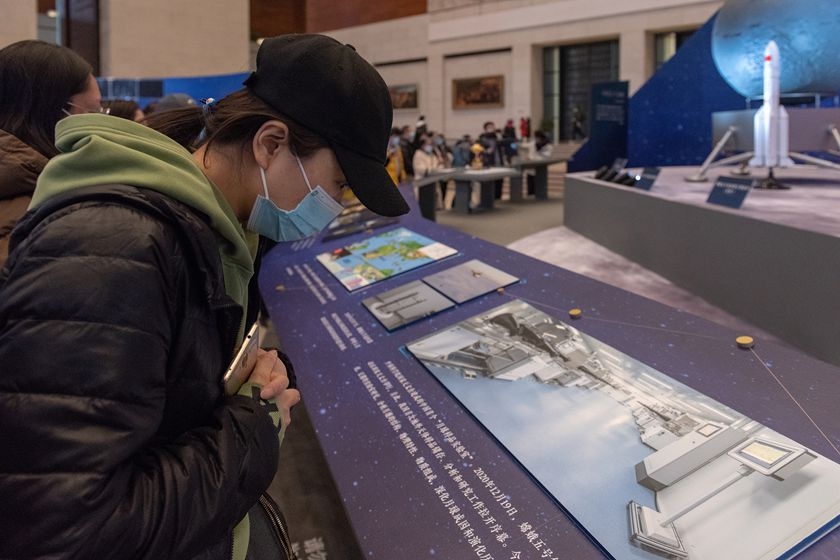 A visitor reads about the lunar exploration program. Photo: VCG 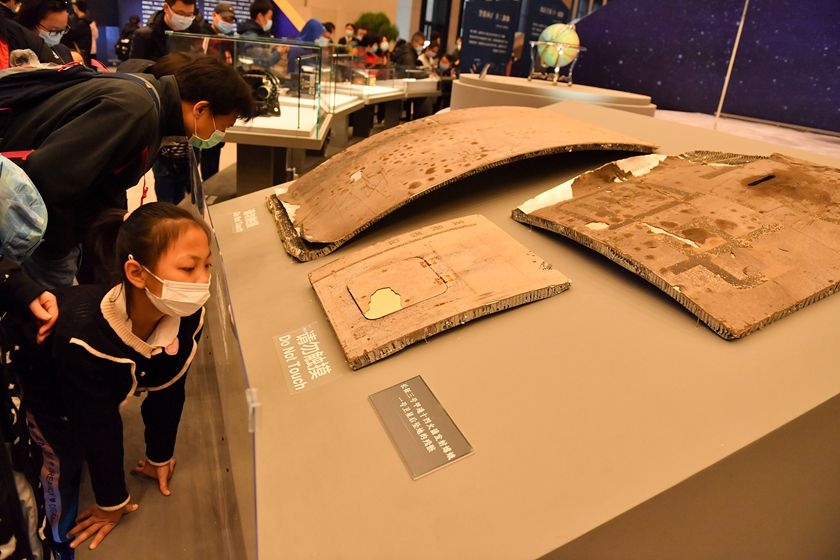 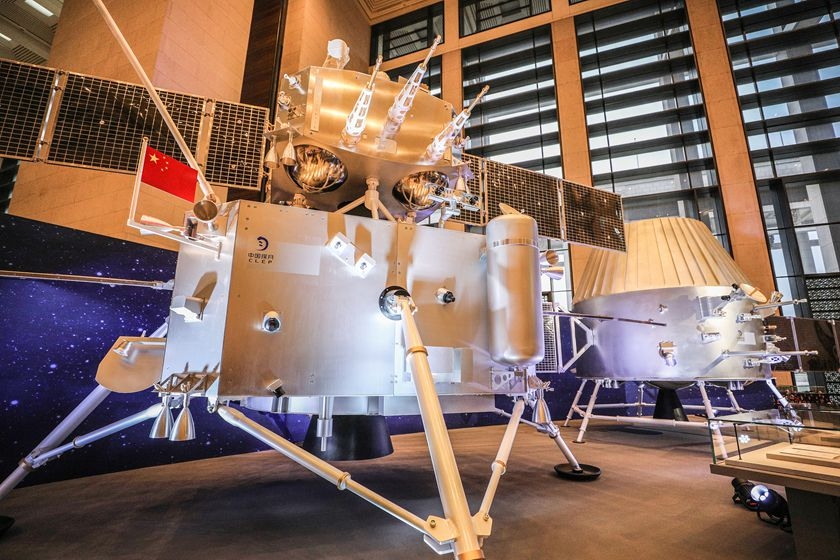 The Chang’e 5’s combination lander-ascender, which was used to collect samples on the moon’s surface. Photo: VCG