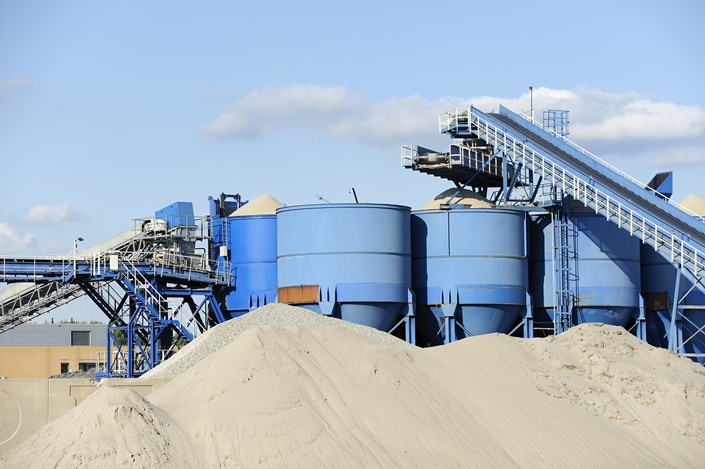 In recent years, China has cracked down on price-fixing in the cement industry, with several domestic companies getting fined hundreds of millions of yuan. Photo: VCG

A little-known Chinese cement-maker is about to become the industry’s biggest publicly traded producer.

Tianshan Cement, based in Urumqi in the Xinjiang Uyghur autonomous region, plans to buy the stakes from its parent, state-owned China National Building Material Co. Ltd. (CNBM), and 25 other shareholders, according to a statement filed to the Shenzhen Stock Exchange on Wednesday.

“Tianshan will be China’s leading cement-maker on the stock market after the restructuring,” the company said in the statement.

Tianshan Cement will pay for the stakes with cash and 5 billion yuan it plans to raise through a private placement, according to the statement. The deal still requires approvals from Tianshan Cement’s shareholders, China’s top state-owned enterprise overseer and the national securities regulator.

If the four had been part of Tianshan in 2019, its revenue for the year would have been 169 billion yuan, exceeding that of Conch Cement.

There are two major goals for the acquisitions. The first is that they will help reduce some of wilder price swings in the market as the consolidation evens out supply and demand imbalances among the different regions. The second is to prevent the four CNBM subsidiaries from competing with one other as they would all be operating under the Tianshan Cement brand, according to the statement.

In recent years, China has cracked down on price-fixing in the cement industry, with several domestic companies — including one subsidiary of Southwest Cement — getting fined hundreds of millions of yuan.

Despite being in competition, Conch Cement and CNBM set up a platform in 2018 that aimed to make it easier for buyers and sellers from different regions to do business. However, an industry insider told Caixin that the platform has also allowed participants to engage in price-fixing in order to boost the industry’s profits.

The industry has also benefited from a government-sponsored environmental protection and industry support measure that forces producers to suspended operations during the winter heating season and other peak periods to reduce carbon emissions, according to the Ministry of Industry and Information Technology. The measure was first trialed in northern China in 2015, but was applied to all cement producers two years later. The periodic cuts in supply have led to price increases that have been a windfall for producers.