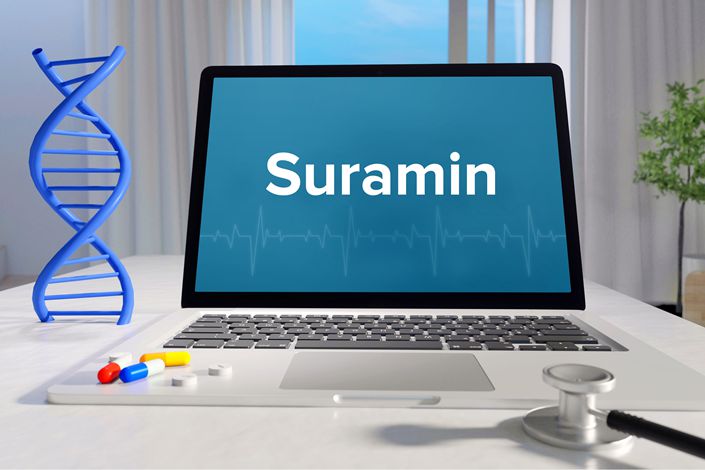 Chinese scientists have found that suramin, a century-old drug that has been used to treat African sleeping sickness and river blindness, is at least 20 times more potent than the drug remdesivir in inhibiting the Covid-19 virus. Photo: IC Photo

A century-old drug used to treat tropical parasitic diseases could be far more effective at stopping the coronavirus from replicating than the commonly used antiviral medication remdesivir, according to new research.

The study by a team of Chinese scientists may bolster efforts to develop better treatments for Covid-19, although the drug itself has several limitations.

Suramin, a medication used to treat African sleeping sickness and river blindness, may be more than 20 times more effective at preventing the SARS-CoV-2 virus from replicating than remdesivir, according to the paper, which was published in the peer-reviewed journal Nature Structural & Molecular Biology.

It works by blocking an enzyme involved in copying genetic code, preventing the virus from reproducing.

The scientists, who are affiliated with top research bodies including the Chinese Academy of Sciences, isolated parts of the enzyme, called RNA-dependent RNA polymerase (RdRp), and exposed them to various concentrations of suramin and remdesivir.

Dozens of countries have either approved remdesivir or authorized it for use during the pandemic. The World Health Organization (WHO) also recommends certain kinds of corticosteroids for use against severe or critical Covid-19. Several other treatments are also in use or in development worldwide, though few have gone through the rigorous testing to show they meet efficacy standards required by most major governments.

In the new study, the Chinese team found that, on average, around 23 times more remdesivir was needed to inhibit RdRp than suramin, suggesting that the latter is “at least 20-fold more potent.”

Although the researchers say the findings lay a foundation for developing drugs and treatments similar to suramin for use against Covid-19, they caution that the drug has “a number of limitations.”

They include its high negative charge, which can prevent it from entering cells efficiently, and the risk that it may bind to other cellular enzymes with unintended effects.

Overall, however, the scientists say suramin could become a useful “tool compound” for conducting further studies into coronavirus RdRp, “which could ultimately aid in drug development for Covid-19.”

Suramin may have been first synthesized as early as the 1910s by a team of chemists at Bayer AG. The German pharmaceutical giant still sells the drug under the brand name Germanin.

Remdesivir is a common antiviral drug developed by the Nasdaq-listed biopharmaceutical company Gilead Sciences Inc. It was originally used to treat hepatitis C.

In November, the WHO made a conditional recommendation against using remdesivir in patients hospitalized with Covid-19, citing studies showing that it had “possibly no effect” on mortality and other important health outcomes.