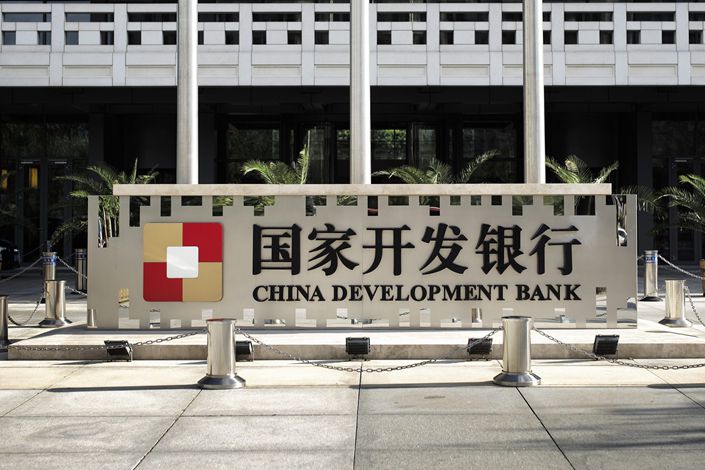 The Hainan branch of the China Development Bank was fined 42.7 million yuan for illicitly providing a cross-border guarantee. Photo: VCG

The major fine China’s foreign exchange regulator has decided to impose this month on policy lender the China Development Bank (CDB) was for illicitly providing a cross-border guarantee to a company linked to HNA Group Co. Ltd., sources familiar with the issue told Caixin.

The fine was announced in an official statement (link in Chinese) earlier this month, which said that the CDB’s Hainan branch would be fined 42.7 million yuan ($6.6 million) by the State Administration of Foreign Exchange (SAFE) for illicitly providing a cross-border guarantee. That statement did not say to whom the guarantee was provided.

The sources said that the CDB illicitly provided a letter of guarantee upon the request of HNA-backed Hainan Airlines Holding Co. Ltd. (600221.SH) in 2017. That letter was used to guarantee a 2 billion yuan loan being taken out by an overseas HNA-linked company — Grand China Air (Hong Kong) Ltd. — from an overseas branch of a large Chinese state-owned bank, they said.

The CDB may have failed to properly check the borrowing it was guaranteeing, including the borrower’s qualifications, the planned use of the money and the source of repayment, according to the SAFE statement.

The CDB also violated the rule that bans a guarantor from signing a cross-border guarantee contract with a borrower when the two sides already know the guarantor will definitely end up providing the money to fulfill the repayment obligation.

This is the second time SAFE has punished the Hainan branch of the CDB this year alone. In January, the branch and three of its former executives were penalized for trade financing violations. People with knowledge of the matter said that the sanctions were due to the CDB’s role in the scandal around fallen conglomerate CEFC China Energy Co. Ltd.

The CDB is the largest among China’s three policy banks, followed by the Agricultural Development Bank of China and the Import-Export Bank of China.

As the biggest creditor of both HNA and CEFC China, the storm of scandals surrounding both firms’ borrowings has created huge headaches at the CDB. HNA had secured a total of about 80 billion yuan in loans from the CDB, Caixin previously reported.

Since late January, HNA and some of its related companies have seen creditors apply to the court to force them into bankruptcy restructuring.