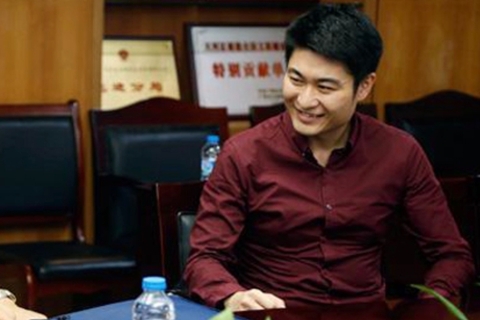 He Xu, general manager and controlling shareholder of Cornerstone Capital.

Cornerstone Capital, a Guangzhou-based asset manager that once sought to become the first Chinese private equity fund to list in New York, was punished by regulators in China for misconduct including fraud and embezzlement.

The company was fined 1.06 million yuan ($163,000) for the violations. He Xu, controlling shareholder and general manager of Cornerstone, was separately fined 360,000 yuan, according to the Guangdong securities regulator.

The regulator criticized the company for fabricating financials of dozens of funds it managed between May 2018 and January 2020 and making false disclosures to investors. The misstatements inflated the net asset value of 35 funds by a total of 1.83 billion yuan, according to the regulator.

Cornerstone also illegally transferred funds of four investment products it managed between March 2017 and December 2019 to accounts of employees and other companies to provide loans for affiliated parties and other uses. The embezzlements involved 564 million yuan and HK$27 million, the regulator said.

Established in 2015, Cornerstone focuses on investment in U.S.-listed Chinese businesses. The company managed funds of 5 billion yuan as of the first quarter 2019, according to a company release.

Cornerstone made headlines in 2018 when it filed with the U.S. securities regulator for an initial public offering on the New York Stock Exchange, seeking to raise $70 million to become the first Chinese private equity fund to list in the U.S. Cornerstone revised its listing plan in October 2019 by cutting the fundraising target to $30 million. But no further progress was since made.

In April 2020, Cornerstone came under public scrutiny after it failed to repay some investors on time, sparking questions of whether the company misused investors’ funds.

In May 2020, Cornerstone was reprimanded by the local securities regulator for failing to disclose information to investors. The regulator required the company to correct the misconduct in 30 days. That followed a 2019 warning by the regulator to the company and its executives after an on-site inspection found flaws in the company’s business and disclosure practices.