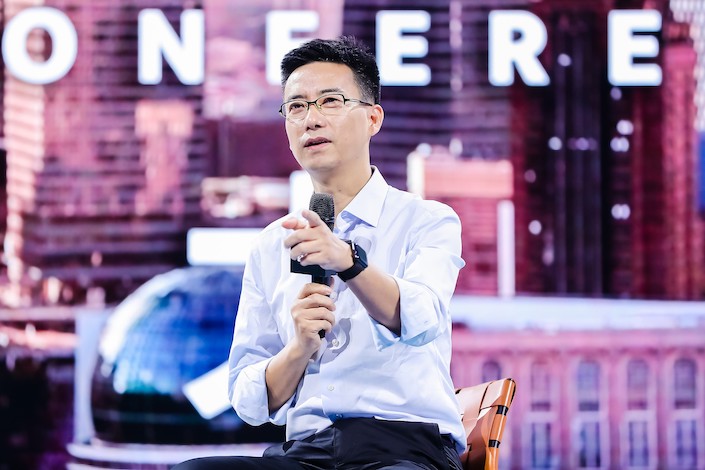 Ant Chairman Eric Jing in an internal email Friday night said the board received and accepted Hu’s request to resign as CEO and devote his efforts to philanthropic work at Ant and its largest shareholder Alibaba Group Holding Ltd., Caixin learned.

Ant publicly confirmed the news and thanked Hu for his efforts. Jing will take on the role of CEO.

Ant is working on plans to restructure as a financial holding company, making it subject to capital requirements similar to those for banks. The change would also subject it to ownership scrutiny and the need to apply for fresh licenses.

Ant has been at the center of a crackdown as China lays out stricter regulatory requirements to control financial risks and protect consumers’ interests. Its $35 billion IPO in Shanghai and Hong Kong, which would have been the world’s largest, was abruptly suspended in November amid the changing regulatory environment.

So far no timetable has been set for Ant’s IPO. The timing “depends on how the government restructures our regulatory framework in terms of financial technology and also depends on how the company reacts to the changing regulatory requirements,” said Fang Xinghai, vice chairman of the China Securities Regulatory Commission (CSRC).

After the IPO suspension, Jing and Alibaba CEO Daniel Zhang publicly expressed support for the new rules and vowed to work closely with regulators. Hu hasn’t made public comments on the matter, though he was among the executives summoned just before the planned IPO for a regulatory interview with the People’s Bank of China, the China Banking and Insurance Regulatory Commission, the CSRC and the State Administration of Foreign Exchange.

Hu, 51, joined Alibaba in 2006 after working at China Construction Bank, the nation’s second-largest state-owned lender. He led the small loan business and cloud business of Alibaba before he was appointed president of Ant in December 2018 and CEO a year later.

Hu set ambitious goals for Ant before the regulatory changes. In a June 2020 interview with Bloomberg, Hu said he wanted to accelerate mobile payment platform Alipay’s evolution into an online mall for everything from loans and travel services to food delivery. Alipay is Ant’s core business with more than 1 billion users.