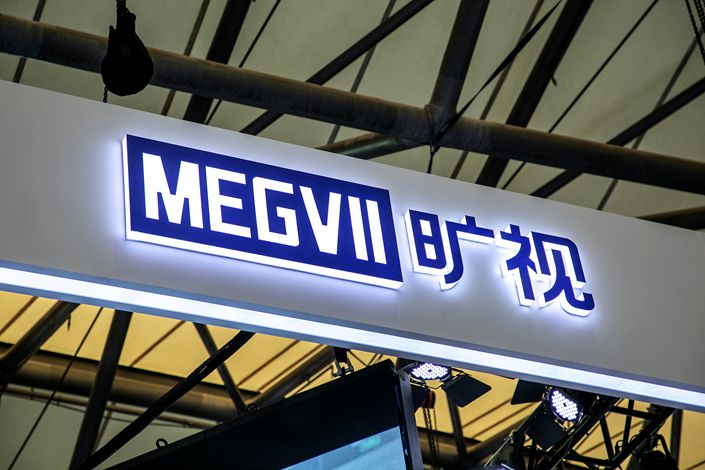 China is accelerating efforts to back homegrown high-tech companies in order to rival counterparts from the U.S. and achieve independence from the U.S.-backed international clampdown on Chinese companies. Photo: VCG

The Shanghai Stock Exchange said it is reviewing a filing by facial recognition specialist Megvii Technology for an initial public offering on its Nasdaq-style STAR Market, making it the latest member of the domestic “AI-quartet” on track to list shares in the mainland market.

Alibaba-backed Megvii plans to list some 253.4 million Class B shares as the underlying stock for its Chinese depositary receipt offering, and raise around 6.018 billion yuan ($924.4 million) in the proposed listing, according to its prospectus filed last Friday.

Founded in 2011, Megvii initially had plans to list its shares in the U.S., a source close to the company managers told Caixin, but that plan fell apart as China-U.S. tensions worsened and trade war between the two countries escalated.

The new listing comes after its previous Hong Kong IPO application lapsed in February 2020 following a sales hit due to the coronavirus, as Caixin previously reported. Megvii had also faced headwinds after it was put on the Trump administration’s trade restrictions blacklist in October 2019 barring it from doing business with American suppliers.

The Beijing-headquartered company said the proceeds from the STAR listing will be used to build a research center in the capital and to fund research and development of AI-enabled products and solutions for the Internet of Things, logistics robotics and sensors.

The technology unicorn has blamed its losses on substantial research expenses in recent years. Research and development expenses accounted for nearly 71% and 83% of full-year revenue it made in 2018 and 2019.

The company warned that it “will not be able to give investors cash dividends for a while after the offering, which might disadvantage investors’ financial returns.”

China is accelerating efforts to back homegrown high-tech companies in order to rival counterparts from the U.S. and achieve independence from the U.S.-backed international clampdown on Chinese companies.

Megvii said it has not suffered any major negative impact to its business from the U.S. blacklist but noted that supply chains in the global IT industry might yet take a hit if the international trading environment worsens, which would affect its business and production.

Established by the Shanghai Stock Exchange in June 2019, the STAR board has become an important alternative for Chinese tech startups to raise capital, especially at a time when tech-focused venture capitalists have shown themselves to be more cautious about investing in unprofitable but otherwise promising startups.

The market was the first to allow unprofitable startups in areas such as AI, cloud computing, biotech and green energy to list on the Chinese mainland.