By Matthew Walsh and Zhao Jinzhao 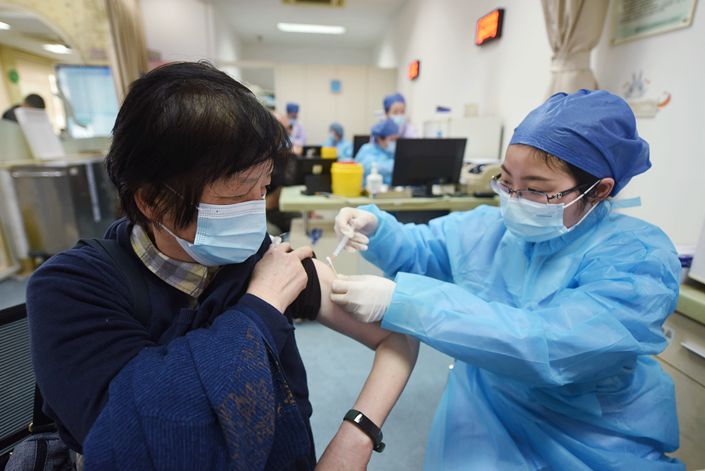 China has started administering coronavirus vaccines to select groups of senior citizens, broadening the use of shots initially only deemed safe for working-age people.

Healthy people over the age of 60 have been receiving the inoculations in Beijing since early March and in parts of the island province of Hainan since late February, according to local public health bodies.

China’s vaccination plan has so far prioritized people aged between 18 and 59 due to a lack of comprehensive clinical data on the effects of inoculation on older and younger people. On Monday, Li Bin, a deputy director of the National Health Commission (NHC), said priority groups included seniors “in good health who need the vaccine for special reasons.”

About 65 million doses of coronavirus vaccine had been administered in China as of Sunday, Li said, without specifying how many people were fully inoculated. Of the four vaccines approved for public use in China, three require two shots to achieve immunity while the other requires one.

It is unclear how many over-60s have already received Covid-19 shots. On March 2, Beijing’s disease control center said (link in Chinese) it had already begun arranging vaccinations for certain healthy members of that age group ahead of a planned expansion of the program to all seniors.

Similarly, the health commission of Hainan previously said some over-60s with “no underlying health disorders” in Qionghai, a city of half a million people on the island’s east coast, had started receiving vaccinations on Feb. 27.

Other cities and counties are thought to be planning inoculations for seniors according to local needs.

At a December press conference, NHC Deputy Director Zeng Yixin said China planned to first inoculate high-priority groups and those at relatively high risk of infection; then groups at risk of developing severe illness if infected, such as the elderly and people with underlying conditions; and finally the general public.

The plan contrasts with vaccination programs in countries including the United States and the U.K., which have explicitly prioritized the elderly and other vulnerable groups.

China’s inoculation rollout has progressed more slowly than other countries. Earlier this month, Zhang Wenhong, director of the infectious diseases department at Shanghai’s Huashan Hospital and one of China’s top epidemiologists, said the pace of vaccination was a “great concern.”

Assuming the unlikely scenario that each vaccine recipient in China has received one shot, roughly 4.6% of the country’s population has been at least partly inoculated against Covid-19, according to a Caixin calculation.

In the U.S., more than 20% of people have received at least one dose of a vaccine, according to official figures. The proportion in the U.K. is 37%.