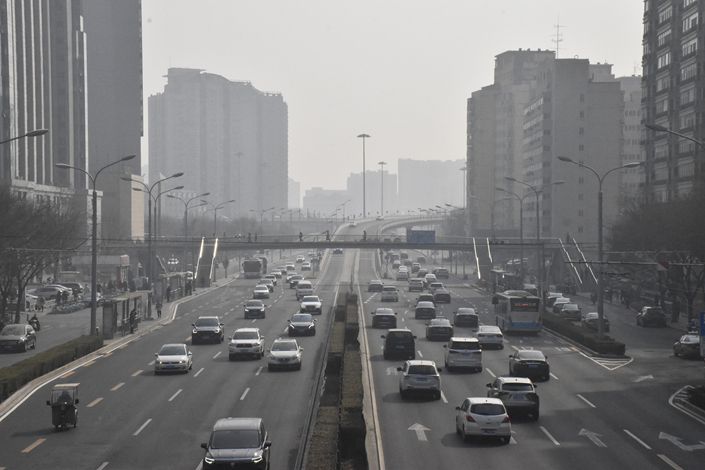 Air pollution in China improved dramatically last year amid the Covid-19 lockdowns, but people on the mainland were still exposed to more than three times the level of harmful airborne particles recommended by the World Health Organization (WHO), a new report shows.

Outdoor air pollution is one of the world’s biggest public health hazards, causing an estimated 4.2 million premature deaths worldwide in 2016, according to the WHO, an agency of the United Nations.

The report’s findings underscore that air quality in Chinese cities improved in the years before the pandemic-induced gains but also that China still faces formidable hurdles to reducing air pollution, not least because of its continued reliance on coal.

Lauri Myllyvirta, lead analyst at the Center for Research on Energy and Clean Air and an expert involved in the report, said the Covid-19 shutdowns contributed half of China’s annual reduction in national average concentration in the air of ultrafine particles that can pass into the bloodstream and harm internal organs. Such particulate matter is 2.5 microns in diameter or larger and is known as PM 2.5. Ongoing pollution control policies accounted for the other half of the improvement, Myllyvirta said.

Of all monitored countries, 84% recorded air quality gains in 2020, primarily reflecting global efforts to curb the spread of Covid-19, the report says. But the world is likely to see air pollution rebound this year due to human activity, said Frank Hammes, IQAir’s CEO.

China severely limited mobility and industrial activity from January to April last year, resulting in record-breaking clean air in key cities including Wuhan, the epicenter of the country’s Covid-19 outbreak, and Beijing, the capital.

However, only 2% of the 388 Chinese cities included in the report achieved the WHO’s recommended limit of an annual average of 10 micrograms of PM 2.5 per cubic meter, although 61% met the country’s Grade II standard of 35 micrograms per cubic meter.

The Chinese mainland had the second-highest average PM 2.5 concentration in East Asia after its northern neighbor Mongolia, while Hong Kong ranked fifth, according to the report.

East Asia’s 15 most polluted cities last year were all located in China, the report finds. Hotan, a city of 400,000 people in the Xinjiang Uygur autonomous region, had the highest annual average PM 2.5 readings of any recorded city in the world, at 110.2 micrograms per cubic meter — more than 11 times higher than WHO guidelines.

While Beijing was not among East Asia’s most polluted cities, it was the 14th-most polluted world capital, with annual average PM 2.5 hitting 37.5 micrograms per cubic meter.

Four of China’s 10 most polluted cities last year were in Xinjiang. The region’s weather patterns make it prone to dust storms, although land use and climate change driven by human activity can worsen droughts and make such storms more extreme, the report notes.

Although China is “still on the right track” in controlling air pollution, “more efforts need to be made” during the next five years “to keep up the pace and even catch up to WHO standards, especially with respect to accelerating the national energy transition process,” said Qian Liu, senior climate and energy campaigner at Greenpeace East Asia.