By Huang Shulun and Matthew Walsh 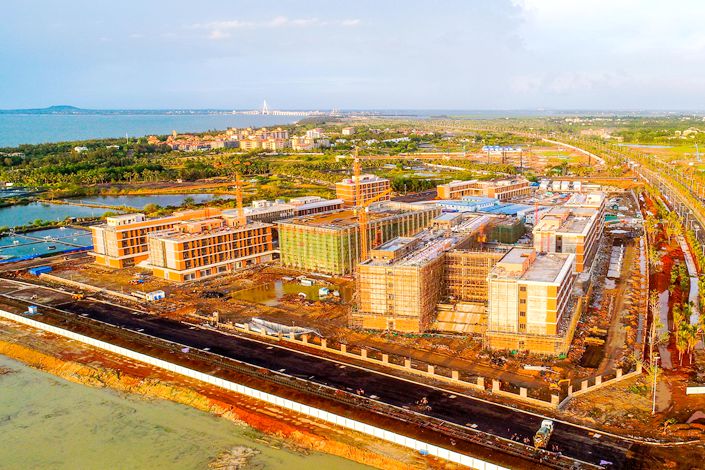 British private schools will continue to see high demand in China despite the unique challenges posed by the Covid-19 pandemic, the U.K.’s representative in southern China has said.

Jo Hawley, who heads the British consulate in the city of Guangzhou, said southern China, and particularly the so-called Greater Bay Area, will drive the expansion of British independent schools as they diversify beyond middle-class strongholds like Beijing and Shanghai.

British schools like Harrow, Dulwich College and Wellington College have proliferated in China in recent years, successfully marketing their reputation for excellence to increasingly affluent middle-class parents anxious to secure bright futures for their children.

However, the pandemic has complicated the sector’s development by disrupting face-to-face education and hindering the schools’ recruitment of high-quality teachers, Hawley said.

In an interview with Caixin, Hawley said rising investor interest was driving momentum in the international education sector in the Greater Bay Area, a highly developed part of southern China that includes Guangdong province and the special administrative regions of Hong Kong and Macao.

In the region covered by the consulate, which includes the provinces of Guangdong, Fujian, Hunan, Guangxi, Jiangxi and Hainan, 10 British independent schools have opened either bilingual or international campuses since the start of 2020, bringing the total number to 17, according to statistics from the U.K. Department of International Trade.

Some 20 British school brands are expected to operate 31 campuses in the region by 2025, the department says. Nationwide, 26 brands had opened 64 campuses by the end of last year.

While the schools cluster in key cities like Guangzhou and the tech hub of Shenzhen, a growing number are targeting emerging top- and second-tier cities, said Hawley, noting that British-branded campuses opened last year in Haikou, Dongguan, Nanning and Changsha.

The “vibrant” cities have “great potential and ambition to embrace more international exchanges and collaboration in education and beyond,” she told Caixin, adding that local governments are receptive to international education projects as they seek to attract “high-caliber talents” to their communities.

Despite the sector’s sunny outlook, “one of the most challenging things” for British schools in southern China is securing land for campus development, said Hawley, noting that empty lots in cities like Shenzhen cost a “premium.”

The difficulty of securing city-center locations has prompted many schools to opt for out-of-town spots with “the space needed for their extensive facilities,” she said. For instance, the newly established Guangzhou branch of Fettes College, a private school in Edinburgh, Scotland, lies in Zengcheng, a district outside the city center.

While the Covid-19 pandemic did not hinder British schools’ push into China, international travel restrictions “made recruitment of expat teachers much harder than before,” Hawley said, adding that training local teachers was a “primary solution” to the issue.

British education technology firms were willing to work with Chinese partners to address the pandemic-induced rise of online learning, she added.