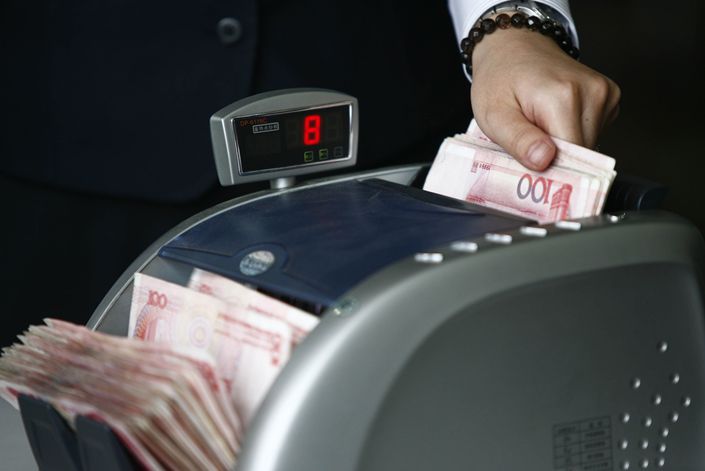 The crackdown comes as people turn to consumer or business loans to snap up property amid surging home prices in major Chinese cities. Photo: The Paper

The southern tech hub of Shenzhen is cracking down on borrowers illicitly using individual business loans to speculate in the housing market, becoming the latest major Chinese city to join a broader campaign to rein in the overheated property sector.

Banks in the city have recalled 21 individual business loans totaling 51.8 million yuan ($7.96 million) under orders from the Shenzhen office of the China Banking and Insurance Regulatory Commission (CBIRC), according to notices obtained by Caixin from the local offices of the CBIRC and People’s Bank of China on Thursday.

The “continuing rectification of individual business loans has had remarkable results, with a significant decline in the growth of individual business loan numbers in the city,” said the notice, adding that some people had proactively withdrawn their loan applications. A total of 14 people were found to have broken the rules and were fined 5.75 million yuan, said the notice.

The crackdown comes as people turn to consumer or business loans to snap up property amid surging home prices in major Chinese cities as buyers rush back into the real estate market after the easing of the domestic Covid-19 epidemic.

It follows similar moves in Shanghai and Beijing, where speculators have exploited individual business loans originally aimed to support small and midsize enterprises to illicitly fund property purchases, usually with the help of real estate agencies.

Such practices are also being carried out by bank employees, said the notice, naming an employee at the Shenzhen Rural Commercial Bank who misled customers to access a loan to purchase property. The notice also identified a sales manager at the local branch of Ping An Bank Co. Ltd. who promoted the individual business loan services on WeChat to lure potential borrowers.

South China’s Guangdong province, where Shenzhen is located, clamped down on 277 million yuan of bank loans on Wednesday after a provincial-wide inspection into such behavior.

The Thursday notice also criticized some banks for failing to strictly review loan applications and not verifying how the funds were used, vowing to continue the crackdown and hold fast to the “regulatory red line” to prevent funds flowing illegally into the real estate sector.

In December, the CBIRC and the central bank issued a new bank loan management regulation to cap banks’ lending to the real estate sector in a bid to cool the overheated property market. In addition, the country’s key property developers are subject to new fundraising rules released in August that cap the amount they can borrow.