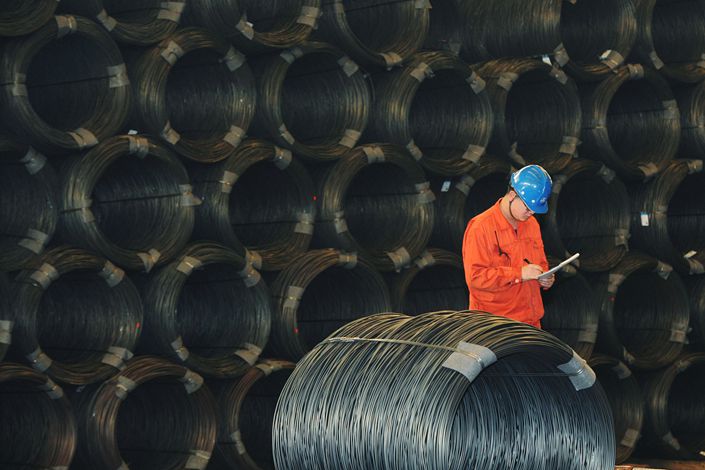 Newly announced strict limits on emissions in Tangshan — maker of 13% of China’s steel —have raised concerns of higher prices for the metal if such cutbacks become common in Beijing’s campaigns to reduce both pollution and carbon emissions.

The transaction price for steel billets — a product in which crude steel is sold — in Tangshan rose 3% to 4,680 yuan per ton ($718.40) on Monday from Friday’s level, according to industry-tracking website Mysteel.

The move in Tangshan followed a four-day government-mandated shutdown in the city earlier this month after heavy smog enveloped North China for days, including in the capital Beijing about 180 kilometers away. The Friday notice said the latest cuts were designed to “strengthen supervision of steel mills and increase disciplinary efforts for violation of the law” after the country’s environmental regulator criticized four local mills for failing to implement the earlier cutbacks.

China has pledged to produce less steel this year than in 2020 after its output for the commodity topped 1 billion tons last year. The industry is both a major polluter and also emitter of carbon dioxide due to its heavy use of coal for energy. Beijing is working to reduce such emissions as part of its efforts to clean up the country’s air and also to meet a pledge to make China carbon neutral by 2060.

The China Iron and Steel Association (CISA) last month called on the industry — which accounts for over 15% of China’s carbon emissions — to achieve carbon neutrality in the next five years. The key to meeting that ambitious target is by cutting steel production, said Luo Tiejun, vice president of CISA, on Saturday.

The latest Tangshan cuts indicate such restrictions could become a regular occurrence, unlike the past when they were mostly seasonal during heavy smog periods, said a report by Zhongtai Securities. It added that as the top environmental regulator becomes more closely involved, restrictions and enforcement are expected to become much stricter.

As a steelmaking hub that accounted for 13.7% of China’s total crude steel production last year, the Tangshan curbs could result in a daily production decline of 121,000 tons of molten iron through July 1, and a daily drop of 97,200 tons from July through the end of 2021, the Shanghai Metals Market (SMM) predicted.

“The most direct impact of the production cuts is that the Tangshan steel price, which is the benchmark for China’s steel industry, will lead to a rise in national steel prices,” said Zhong Shaoliang, a representative at the World Steel Association’s Beijing office.

Local industry officials questioned whether such drastic, geographically-specific cuts are the right way to achieve Beijing’s goal of slashing carbon emissions. Such producers could end up being hurt through such severe actions, which could have unintended economic effects, a person at the Tangshan local steel association told Caixin.

Central mandates that ultimately punish local steel mills by forcing them to cut emissions shouldn’t be the only way to meet the target, said a person with the Industry and Information Technology Department of Hebei province, where Tangshan is located. Tangshan accounted for over half of the province’s steel production last year.