In Depth: China Forges Steel Colossus. But Will the Pieces Stick Together? 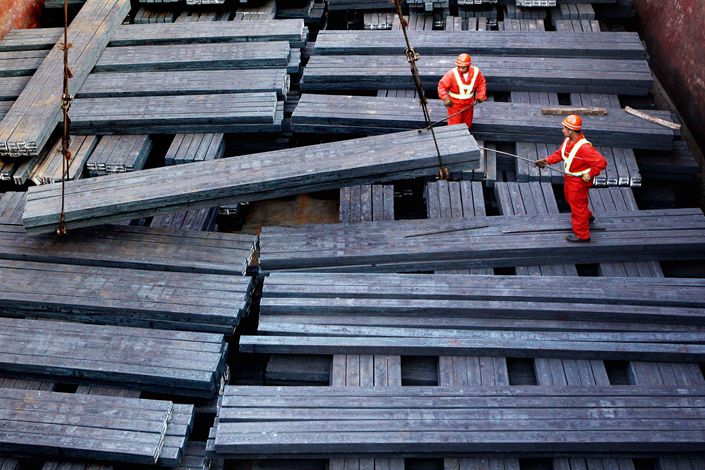 While Baowu’s place as the world's No. 1 steelmaker is currently sealed, it will face a difficult time integrating its many myriad pieces. Photo : VCG

One day late last December, leading Chinese steelmaker Baowu marked a major milestone when its Chairman Chen Derong performed the company’s first “distance smelting” with the tap of a key on his tablet computer. With that motion, an emotional Chen proclaimed that the 93-year-old company had officially passed the 100 million-tons mark for annual production capacity, capping four years of breakneck merger-fueled growth that has created the world’s largest steelmaker.

Baowu’s sudden rise has come on a rapid-fire string of mergers and other tie-ups with regional peers, all state-owned. While Beijing has long pushed for such consolidation, the campaign is also being driven by local governments that want to unload responsibility for overseeing inefficient local behemoths. Such companies are at once important contributors to their local economies, but also a drag due to their inefficiencies.

While Baowu’s place as No. 1 is currently sealed and its lead could even grow larger with additional acquisitions, its success is far from certain. The company will face a difficult time integrating its many myriad pieces across a highly scattered geographic range, even as the potential rewards from its newfound market clout are also large.

“Acquiring a business isn’t just about acquiring production capacity. It’s about absorbing an entire enterprise, including all of its people. If it’s not done well, it can become a great burden,” said Zhang Longqiang, head of the China Metallurgical Information and Standardization Institute.

Baowu’s rise capped one of China’s biggest and fastest acquisition runs within its massive state-run sector that dominates many traditional industries. After an initial series of deals, the drive sharply picked up speed in the second half of 2019.

Its work still not finished for the year, it contributed to a major recapitalization of Tibet Mineral Development Co. Ltd. in November to become that company’s largest shareholder. It continued its spree this year with its February announcement that it would merge with Kunming Iron & Steel Holding Co. Ltd., a smaller producer in Southwest China’s Yunnan province.

And the rapid-fire consolidation looks set to continue into the year, as sources told Caixin that the company is in late-stage talks to gobble up Shandong Iron and Steel Co. Ltd., a major producer in East China’s Shandong province.

Zhang pointed out that the steel industry is faced with persistent problems that the emergence of such a mega company could help to tackle, including lack of industrial safety, low industrial concentration, weak market bargaining power and intense competition. Beijing would also like to nurture such a giant that could have more say in setting of global prices for iron ore and other steelmaking materials.

“If they don’t take part in the consolidation, their market share will get smaller and smaller, and they’ll become even less competitive,” said another senior industry executive, explaining why the consolidation has suddenly become so popular among regional governments.

China’s steel industry has grown continuously over the last three decades, with much of the output sold at home for use in the country’s huge buildup of new infrastructure like roads, property and electrical grids. But the industry has remained highly fragmented due to geographically scattered manufacturing, which was traditionally coveted by regional governments.

As a result, efficiency was relatively low and few companies had the economies of scale to produce high-quality products at healthy profit margins. The overbuilding of capacity also resulted in a glut that further depressed margins, even as many companies were reluctant to cut production for fear of hurting their local economies.

The nation had about 300 companies capable of steel production at the end of 2019, according to the China Metallurgical Information and Standardization Institute. But its top 10 producers accounted for just 36.8% of the nation’s total output, which was far below levels seen in mature economies like the U.S., Europe and South Korea. Through the ongoing consolidation, the industry regulator and state planner hope to raise the top 10 steelmakers’ total production to at least 60% of national output by 2025.

Baowu currently accounts for about 13% of China’s 1.15 billion tons of annual crude steel production capacity. But the company hopes to raise that figure to 20% through its recent acquisitions and tie-ups, sources told Caixin.

China’s steel industry has undergone three major reorganizations over the last 30 years to reach its current form. The first wave was in the 1990s, when many companies were reorganized from their previous socialist-era forms through consolidation and jettisoning of noncore assets. A second wave that began after 2005 saw some companies start to merge with peers from outside their home provinces. The current wave dates to around 2016 and has seen the formation of mega companies like Baowu through yet more mergers.

Despite the consolidation, China’s steel industry — which produces more than half of the world’s output — continues to grow in terms of output and consumption. The total figure could finally peak in the next 10 years, said Zhang of the China Metallurgical Information and Standardization Institute. At their peak crude steel production, the U.S. and Japan consumed about 710 kilograms and 800 kilograms of steel per capita annually. By comparison, China averaged 660 kilograms per capita in 2019, and that figure rose to 710 kilograms per capita last year.

A country’s urbanization rate can provide clues for when its steel industry will peak, said Xu Xiangchun head of the website Mysteel.com. He noted that when the U.S. and Japan reach their peaks in 1973, both had urbanization rates of about 70%. By comparison, China’s stood at 60% in 2019.

China’s rising living standards could help accelerate the drive to its own peak by making imported products from Southeast Asia increasingly cost-competitive, some experts said. Zhang pointed out that if the 15-country Regional Comprehensive Economic Partnership (RCEP) free trade agreement, which China recently ratified, is ultimately implemented, tariffs will eventually be lowered or eliminated for many kinds of mid- to lower-end steel products within the bloc.

Consolidators like Baowu and the companies it merges with will also have to contend with the very real problematic task of integrating such a wide range of companies that differ drastically in everything from finances to scale and geography, all over a relatively short time.

“This quickly and on this kind of scale will definitely require a relatively long period to get things right,” a former senior manager from Baowu said. “Whether or not the people and financial capabilities will be up to the challenge, amid a changing market landscape, there’s no one who can accurately answer these questions right now. There will definitely be risks in the future, but also opportunities. It will require both hard work from people, and some help from above.”