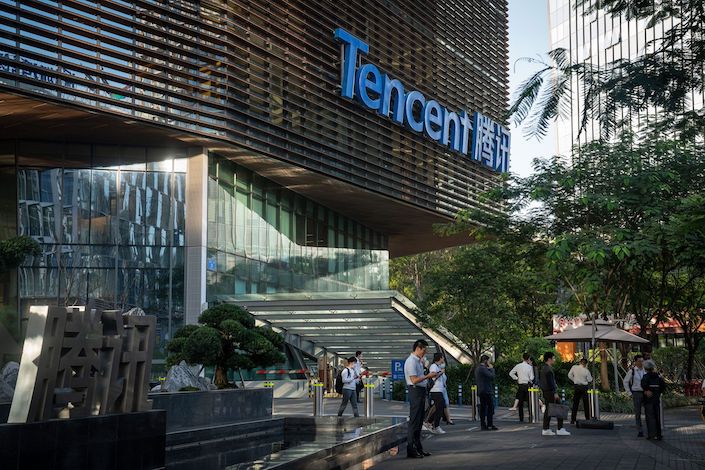 People gather outside the Tencent Binhai Mansion in Shenzhen

Tencent Music Entertainment Group (TME), a subsidiary of Chinese internet behemoth Tencent, has agreed to create a joint venture record label with Warner Music, in an attempt to give it an edge over rivals like NetEase Cloud Music and lure paid subscribers with larger licensed music libraries.

The joint venture will take advantage of “Warner Music’s global resources and experience in supporting artists’ careers, as well as TME’s massive influence in mainland China’s music and entertainment market,” TME said in a statement released on Monday.

Apart from the label deal, TME also signed an extended multi-year licensing agreement with Warner Music, obtaining the right to distribute the U.S. music label’s content across its music streaming platforms including QQ Music, Kugou Music and Kuwo Music, its online karaoke platform WeSing, as well as certain designated connected devices in China, according to the statement.

On Monday, TME reported upticks in both revenue and profit for the fourth quarter of 2020 as it grew its paying online music users 40.4% year-on-year to 56 million during the period. However, about 67% of its quarterly revenue came from sales of social entertainment services like online karaoke, while music subscriptions accounted for just 19%. The company’s remaining revenue was derived from advertising and sublicensing, according to its latest earnings report.