By Luo Meihan and Hu Yue 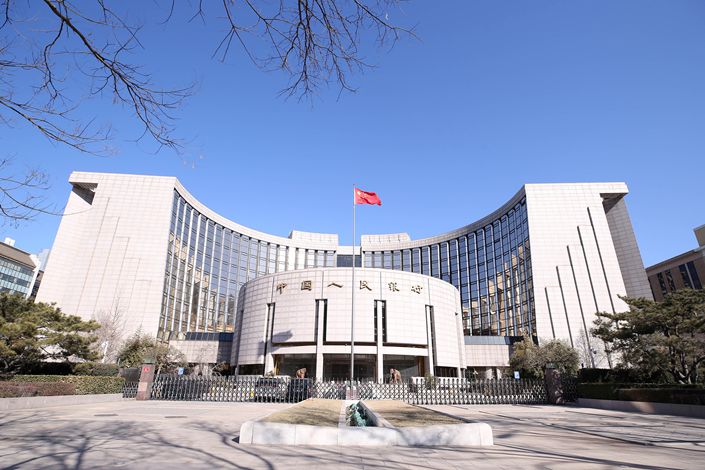 The People’s Bank of China headquarters in Beijing. Photo: VCG

China’s central bank has said that its joint venture with SWIFT aims to improve the stability of domestic connections with the global cross-border financial messaging system, and ensure data security and compliance with domestic regulations.

The statement (link in Chinese), which the People’s Bank of China (PBOC) released Tuesday, helps put to rest some of the speculation that had arisen about the purpose of the venture, Finance Gateway Information Services Co. Ltd., since it was set up in January, particularly about its potential for promoting the use of the PBOC’s digital currency across borders. Tuesday’s statement made no mention of this.

Belgium-based SWIFT, or the Society for Worldwide Interbank Financial Telecommunication, provides a network that enables members in more than 200 countries, including banks and other financial institutions, to send and receive information about cross-border transactions.

Finance Gateway will build a local messaging network to provide SWIFT’s users in China with a more stable, resilient and secure connection to the network, an unnamed PBOC official said (link in Chinese) in a press release accompanying the statement.

Some small and midsize Chinese banks had found their connections to the SWIFT network to sometimes be unstable, which hurts their cross-border businesses, the PBOC said in its statement.

In addition, cross-border payment information can be fragmented and unclear, which makes it difficult for regulators to oversee it and hard for financial institutions to have a complete picture of their cross-border businesses, the official said.

The venture will set up a local “data warehouse” to store, monitor and analyze cross-border messaging information domestically in an effort to control risks to the financial system and meet regulatory requirements, the official said. This kind of data warehouse is common practice for many other central banks.

In May 2018, the Committee on Payments and Market Infrastructures of the Bank for International Settlements urged its central bank members to improve the security of wholesale payments that involve banks, financial market infrastructures and other financial institutions, in a bid to maintain financial stability.

Finance Gateway was set up by SWIFT’s Hong Kong unit, which owns a 55% stake, and four institutions under the PBOC, including China’s own cross-border clearing house, Cross-Border Interbank Payment System Co. Ltd. (CIPS).

“This is a compliance update in China … that allows us to continue and strengthen our services to support our customers’ business goals in China,” SWIFT told Caixin in a statement in early February, noting the joint venture’s services will be limited in scope and entirely focused on maintaining compliance with applicable regulations in China.

Zhang Yuzhe and Timmy Shen contributed to this report.