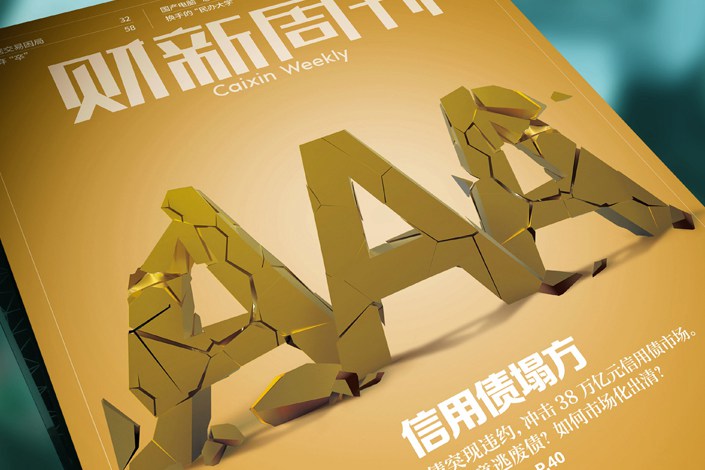 The central government’s State-owned Assets Supervision and Administration Commission wants its local counterparts to improve how they track the debt of SOEs under their purview. Photo: Caixin

China’s top state-asset supervisor has a plan to keep the debts of local state-owned enterprises’ (SOEs) from spiraling out of control.

The government’s State-owned Assets Supervision and Administration Commission (SASAC) wants its local counterparts to improve how they track the debt of SOEs under their purview by evaluating debt level, debt structure, profitability, cash situation, asset quality and off-balance-sheet debt, according to guidelines (link in Chinese) released Friday.

The guidelines, which were handed out to local SASACs in late February, came as the value of corporate bond repayments is peaking in China this month, analysts said, raising the specter of another wave of defaults like the one that rattled bond markets last year and set off a chain reaction affecting other issuers, including local government financing vehicles.

The top SASAC said the guidelines aim to effectively prevent or resolve the major debt risks of SOEs, noting that any regional and systemic financial risks would be a red line that must not be crossed.

For SOEs found to be too deep in debt, local SASACs should assist them with deleveraging through measures such as restricting new investment, introducing strategic investors or converting debt into equity, the guidelines said.

In addition, local SASACs should resolve the default risks of SOEs by helping them relieve repayment pressure. The regulators can guide SOEs to work with their bondholders to extend payment deadlines.

Last year, a string of bond defaults, including on AAA-rated bonds issued by state-owned coal miner Yongcheng Coal and Electricity Holding Group Co. Ltd. and major state-owned carmaker Brilliance Auto Group Holdings Co. Ltd., sent shockwaves through the country’s bond market. Yongcheng and Brilliance transferred valuable assets just as they were about to default. The practice drew allegations that the companies had deliberately defaulted on the bonds to avoid having to repaying their debts.

In January, the Shanghai Stock Exchange slapped Brilliance with a disciplinary penalty for a handful of violations, including the transfer of assets without the permission of related parties.

For its part, Yongcheng was involved in “structured issuance” of bonds, a shady fundraising practice in which a company tries to improve its image to attract investors by buying a portion of its own bond offerings to inflate the size of its issuance, Caixin has learned from sources with knowledge of the matter.

Last week, China’s top securities regulator said it plans to slap a one-year business ban on Haitong Securities Co. Ltd. (600837.SH) for helping Yongcheng to sell bonds illicitly. Once the ban takes effect, Haitong will be barred from providing bond investment advisory services to institutional investors. In January, the coal mining firm itself was banned from issuing new interbank bonds for a year for violations that included inaccurate and incomplete information about the company’s independence disclosed in its bond prospectus.