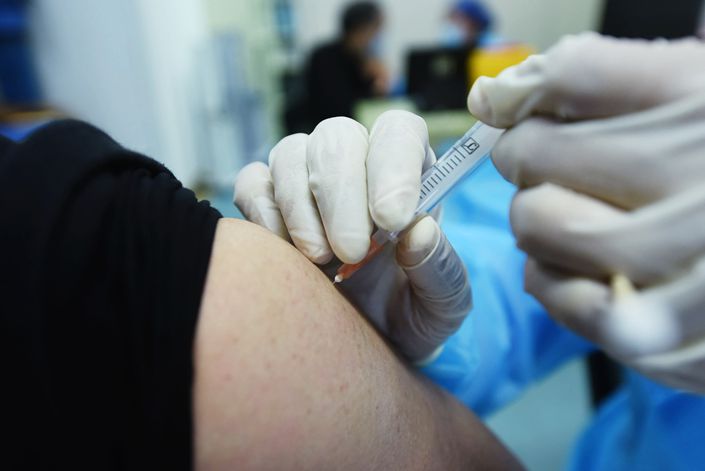 What’s new: China had administered more than 100 million doses of Covid-19 vaccine as of Sunday, according to the country’s top health body.

Mi Feng, spokesman for the National Health Commission (NHC), said Sunday at a press conference that the total number of inoculations nationwide had reached 102.42 million, with more than 3 million jabs being administered daily since March 24, the day the NHC started publicly updating vaccination data.

So far, inoculations across the country have been implemented in “an orderly manner,” the spokesman said, adding that it will continue to “expand the vaccination capacity, optimize the delivery process of vaccines and scientifically arrange the turnover of vaccines” to meet the demand for vaccinations nationwide.

The background: China is stepping up its vaccination drive to reach its goal of vaccinating 40% of its population by June, as Caixin reported previously.

Zhang Wenhong, director of the infectious disease department at Shanghai’s Huashan Hospital and one of China’s top epidemiologists, has expressed that the current speed of vaccination is of “great concern” and said the country would need to vaccinate 80% of its population to reach herd immunity, higher than the usually mentioned 70% threshold.