China Was the Source of 370 Retracted Scientific Papers, Nature Reports 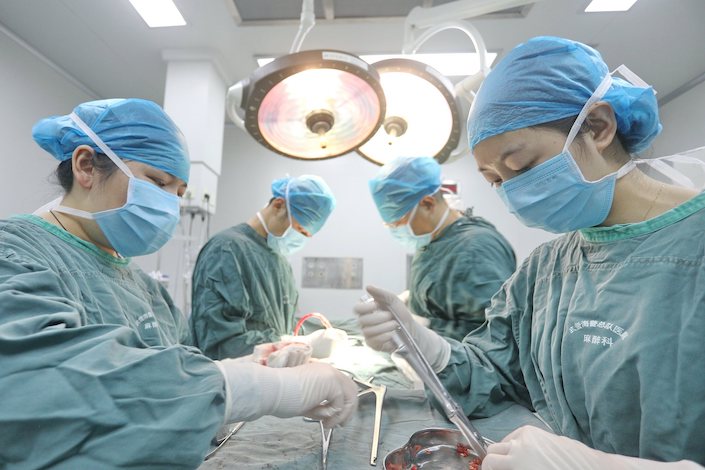 Chinese doctors are a particular target market for paper mills because they typically need to publish research articles to gain promotions but are too busy to do the research.

An article in the British scientific journal Nature exposed how systematic production of falsified research by so called “paper mills” in China has affected the academic reputations of Chinese medical researchers among global publishers.

The article, “The fight against fake-paper factories that churn out sham science,” published Tuesday in Nature, reported that the journal tallied 370 articles that scientific journals retracted since January 2020. All were from authors at Chinese hospitals that either publishers or independent sleuths alleged to have been generated by companies that churn out fake scientific manuscripts to order, known as paper mills. Nature said it expects many more retractions to follow.

Fraudulent papers allegedly produced by paper mills have been exposed by a number of other journals. In early 2020, Laura Fisher, executive editor of the peer-reviewed chemical sciences journal RSC Advances, noticed striking similarities between research papers submitted to the journal, according to Nature. After a yearlong investigation, she retracted 68 papers from the journal. All of them were from authors at Chinese hospitals, Fisher said.

The problem of organized fraud in publishing is not new and is not confined to China, said Catriona Fennell, head of publishing services at the world’s largest scientific publisher, Elsevier. She told Nature that evidence shows industrialized paper-mill activities from several other countries, including Iran and Russia.

In May 2020, police in Taizhou in eastern China’s Jiangsu province cracked a paper mill group. Most of the “ghostwriters” in the group had only junior or senior high school diplomas. More than 1,000 medical staff from hospitals across the country bought papers from them. The group charged more than 10,000 yuan ($1,500) for a publication in national journals. As the ghostwriters weren’t capable of writing academic papers qualified for actual scientific journals, the fraudulent papers were mostly published in fraudulent journals, police found.

In January, researchers at Johns Hopkins University said “redundant” Chinese clinical trials on the use of statins, a frontline treatment for coronary heart disease, caused hundreds of avoidable deaths from 2008 to 2019. The Chinese Medical Association released guidelines in 2007 to “strongly recommend” statins for treating heart disease caused by cholesterol-clogged arteries as 375 Chinese trials that had been published concluded statins were safe and effective.

Yuanxi Jia, the lead author of the Johns Hopkins study, told Caixin that the published statin trials might have been produced by paper mills, but there was no concrete evidence. When Caixin reporters talked with authors of two papers on statin trials, they said they didn’t remember publishing such papers, even though one of them appeared in December 2020.

It’s usually difficult to prove whether papers come from paper mills. When publishers retract such papers, very often they cannot state that the works were produced by paper mills because of a lack of evidence.

Chinese doctors are a particular target market because they typically need to publish research to gain promotions but are so busy at hospitals that they might not have time to do the research, according to the Nature article.

“The increasing volume of this ‘junk science’ is wreaking havoc on the credibility of the research emanating out of China,” the scientific journal Molecular Therapy said in a February editorial.

The impact on Chinese science is “devastating,” said Li Changqing, a former senior physician and gastroenterology researcher at a Chinese hospital who now lives in the United States.

“The literature environment published in Chinese is already ruined, since hardly anyone believes them or references studies from them.” Now this plague has begun to erode international journals, Li said.

Many scientific journals have modified policies and procedures targeting submissions from China, requiring authors to provide greater substantiation of their identities, funding and positions as well as the original data.

To correct the problem of academic misconduct, many Chinese institutions have attempted to reform the system. Rao Yi, president of Beijing’s Capital Medical University, who himself was accused of academic misconduct, said the school took the lead in establishing a new system in 2020. Under the new evaluation system, clinical professors at the university do not need to publish papers.

“As long as they are good doctors and do teaching work for the university (either giving lectures or tutoring clinical interns), they are eligible for basic qualifications,” he said.