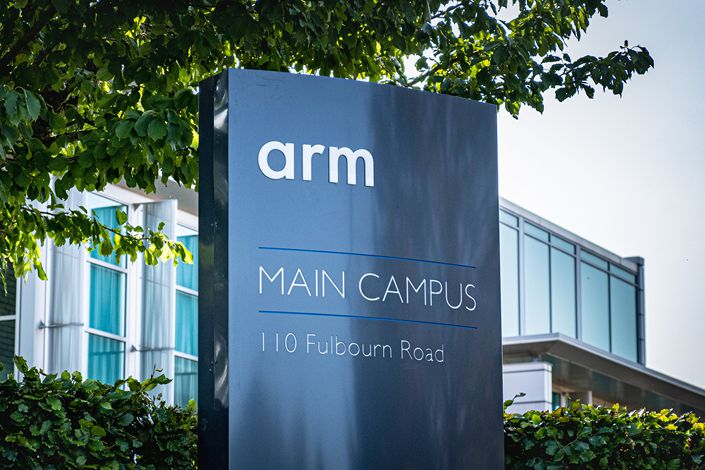 This may come as good news for the Chinese telecom gear giant, which has faced restrictions in the semiconductor space since last year due to a series of sanctions from Washington, which came as part of a broad campaign targeting the country’s tech and internet sectors.

Huawei would still need to find a firm with both the capability and willingness to manufacture chips that it designs using the architecture.

Ian Smythe, Arm vice president of marketing and sales, told the media at a Wednesday launch event that the v9 architecture would not be subject to Export Administration Restrictions (EAR), even though they do contain some U.S. intellectual property. Smythe said that proportion was under 25%.

He said that the company had communicated this to U.S. authorities and that Arm continues “to comply with U.S. Commerce Department guidelines, respective to Huawei and its affiliate HiSilicon.”

The v9 is Arm’s first new architecture in a decade, with a focus on data security and artificial intelligence, the Cambridge-based company said in a Tuesday statement announcing its release.

The v9 architecture will find its first commercial application as the basis for smartphone chips developed by Taiwan chip-designer MediaTek Inc. These are expected to be available by the end of this year, the company said.

Arm licenses chip fundamentals and sells processor designs. Its technology is at the heart of the more than 1 billion smartphones sold annually. Chips that use its code and its layouts are in everything from factory equipment to home electronics.

Last September, U.S.-based Nvidia Corp. announced that it reached a deal with Softbank to acquire Arm for $40 billion, a purchase that would give Nvidia control over the license for technology used by the likes of Apple Inc., Intel Corp., Samsung Electronics Co., Amazon.com Inc. and Huawei.

They either use Arm’s designs as the basis of their own chips or license its instruction set, the fundamental code used by processors to communicate with software, for proprietary efforts.

The acquisition is still awaiting approval from regulators in several countries, including in China and the U.S.

In August last year, the U.S. government said it would require companies worldwide to first get a license before providing chips made with U.S. technology to Huawei. Previously, it had only barred foundries like Taiwan Semiconductor Manufacturing Co. Ltd. from using U.S. tech to manufacture custom chips for Huawei, meaning the Chinese tech giant could still buy off-the-shelf chips that were designed by third-party firms.

Chips have emerged as a key battleground in the brewing technological tussle between Beijing and Washington. Both the U.S. and China have indicated a desire to expand chip production within their own borders.

In the U.S., Intel Corp. recently announced a $20 billion plan to build two new chipmaking factories in Arizona, renewing previously failed efforts to compete with TSMC as a contract manufacturer.