By Matthew Walsh and Huang Shulun 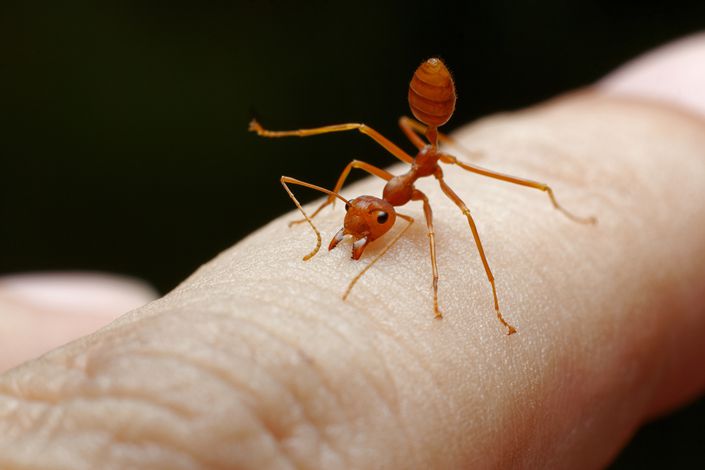 Red imported fire ants have footholds in many parts of the world, including Australia and the U.S. The latter spends over $5 billion a year on control programs, according to its agriculture department. Photo: IC Photo

China’s agriculture ministry is scrambling to control an invasion of red imported fire ants, in its latest effort to stop non-native species from destroying crops and damaging farmers’ livelihoods.

The South American insect has spread to at least 435 counties in 12 provinces, around double the number of counties where it was found in 2016, according to the ministry’s latest figures.

The ants eat both plants and other animals, such as insects and dead mammals. They are known as one of the hardiest invasive species and have painful stings that can be fatal to humans.

The critters have footholds in many parts of the world, including Australia and the U.S. The latter spends over $5 billion a year on control programs, according to its agriculture department.

The invasions have “accelerated” and “worsened” in recent years due to increased shipping and favorable climatic conditions, the agriculture ministry said Friday in a statement (link in Chinese).

The ants are increasingly moving northward and westward into parts of Zhejiang, Hubei and Sichuan provinces, said Lu Yongyue, the director of a research institute on red imported fire ants at South China Agricultural University, in a Tuesday interview with state broadcaster CCTV.

Once present, the insects can “make life very hard for farmers working in the fields, as the relatively high risk of injury forces some to abandon their crops,” Lu said.

A March 15 notice (link in Chinese) by the ministry and eight other departments urged local governments to raise “ideological awareness” and strengthen coordination between departments to monitor areas where the ants thrive and control emerging invasions.

The notice also ordered stricter checks on imported seedlings, timber and fodder as well as tighter monitoring and isolation of affected plants.

Authorities in the southern city of Guangzhou have launched a three-to-five-year campaign to check the ants’ spread and shore up the development of the local farming sector, the Friday statement said.

Red imported fire ants are native to central South America, but have long been an aggressive invasive species. The ants have been present in parts of the U.S. for well over a century.

They have existed in China since at least 2004. Two years later, the country’s agriculture ministry estimated that the ants would cause 128 billion yuan ($19.5 billion) in economic losses over 35 years without effective measures to control their spread.

The rust-colored insects range in length from roughly a quarter- to a half-centimeter. In addition to their voracious appetites, they are also known for their rapid reproduction rates, with colonies capable of growing from a few dozen individuals to thousands within weeks.

The ants’ stings contain venom that can cause painful skin welts in humans. While the stings are rarely fatal, they can occasionally provoke severe allergic reactions that can become deadly.

China, the world’s most populous country, has battled a number of crop-devouring pest outbreaks in recent years.

In July, authorities in the southwestern Yunnan province deployed fleets of drones to ward off an invasion of locusts from neighboring countries.

And in May, the government moved to stem the spread of fall armyworms, a type of moth caterpillar native to Africa that feeds on crops like maize, rice and sorghum.