Opinion: Will Xiaomi’s $10 Billion Car-Building Project Be a Winning Bet? 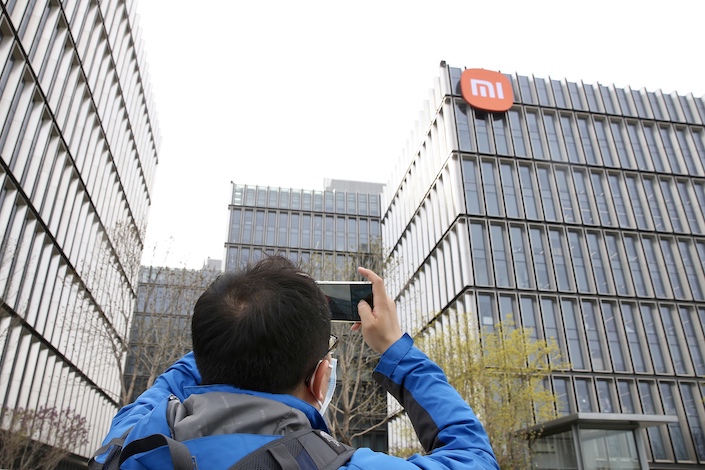 Speculation about a Xiaomi foray into the car-making business has been around for awhile.

Companies in essence are driven by profits. Internet and technology companies in China have placed their bets on electric vehicle (EV) businesses amid a market boom. Apart from Xiaomi, China’s internet giants, including Alibaba Group, Baidu Inc., Tencent Inc. and Huawei Technologies Co., have formed a vanguard entering the automotive industry.

Speculation about a Xiaomi foray into the car-making business has been around for awhile. Xiaomi avoided directly commenting on the matter for some time, further fueling rumors.

On Tuesday, the company finally confirmed its plan in a filing with the Hong Kong Stock Exchange (HKEX), saying its board formally approved setting up a standalone smart electric vehicle division. Xiaomi said it will invest 10 billion yuan ($1.5 billion) initially in the wholly owned subsidiary, with a future $10 billion to be spent over coming years. Xiaomi CEO Lei Jun will lead the new intelligent EV unit.

There were signs for years that Xiaomi harbored ambitions to tap into the auto business. In 2014 Xiaomi invested in the GPS navigation software and solutions provider Careland, and in 2017 it invested in car-trading platforms Maiche.com and Checaiduo.com. In 2019, Xiaomi backed in EV startup Xpeng Motors and 70mai, a smart vehicle product and smart travel service provider. In 2020 the company put money into BYD Semiconductor Co. Ltd. From 2015 to 2020, Xiaomi applied for 800 patents in the automotive field while also increasing efforts in international patent applications.

Clearly, Xiaomi has been laying the groundwork. Even if it doesn’t push into car manufacturing, it has accumulated significant resources to seize a share of the market.

Success? Only time will tell

After Xiaomi’s announcement Tuesday, industry debate heated up on whether Xiaomi can actually build a car successfully.

Doubt is quite natural as there have been plenty of cases of failure in the EV sector where companies raised ample funds but could not achieve their car-building goals.

At the Xiaomi spring product launch conference, CEO Lei was asked why Xiaomi didn’t try to build cars. He replied that auto manufacturing requires heavy investment, and it is difficult for outsiders to succeed. For Xiaomi, making the decision to build cars was not easy as it is a test of whether the company has the courage to enter a new arena.

Xiaomi’s success in this endeavor will depend on many factors. It’s impossible to ignore Xiaomi’s longstanding commitment to cost-effectiveness. Whether for its mobile phones, smart household products or other goods, Xiaomi prioritizes quality at the lowest possible price. In a statement, Lei said Xiaomi will prove its capability for the car business through its financial strength, its business ecosystem and its confidence in the supply chain. When looking at the big picture, Xiaomi has great potential to succeed in this market, but in the end, only time will tell.