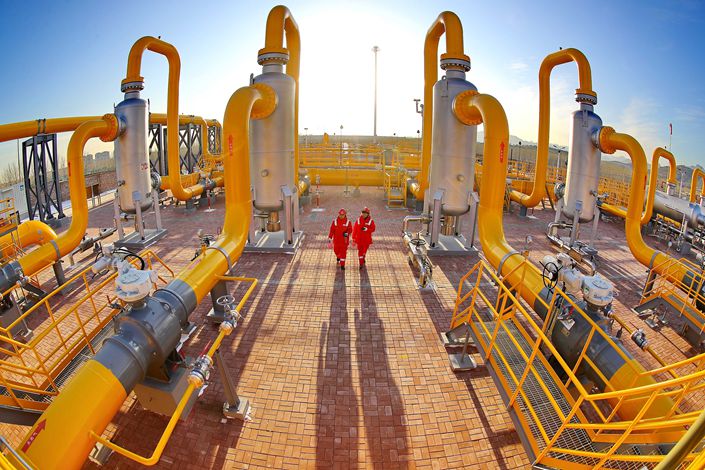 The assets acquired by PipeChina were formerly operated by the country’s three state-owned oil conglomerates, and the newly-formed group has outlaid over 405 billion yuan to buy them. Photo: VCG

It has acquired from PetroChina’s listed arm Kunlun Energy Co. a 60% stake in its Beijing natural gas pipeline and a 75% stake in its Dalian LNG company for 40.89 billion yuan ($6.23 billion), the company, officially known as China Oil and Gas Pipeline Network Corp., said in a statement Wednesday.

The integration “will further support the forming of a supply and selling system for oil and gas, in order to open up (the system) and separate transport and sales,” the statement said.

The assets acquired by PipeChina were formerly operated by the country’s three state-owned oil conglomerates, and the newly-formed group has outlaid over 405 billion yuan to buy them.

The creation of PipeChina, planned since 2014 and operating since last October, is aimed at providing access to an integrated national infrastructure network to support the participation of small and non-state-owned companies in the sector and eventually to help lower energy costs.

PipeChina now controls roughly 94,400 kilometers (58,657 miles) of oil and gas lines, or over three-fifths of the nation’s energy pipeline network. Of the pipeline infrastructure now controlled by the behemoth, over half transport natural gas, a quarter carry refined oil products, and the rest ship crude oil.

The next step for the company might be to tap into more regional pipelines following the move by Guangdong province in September last year to transfer its gas lines into the network.