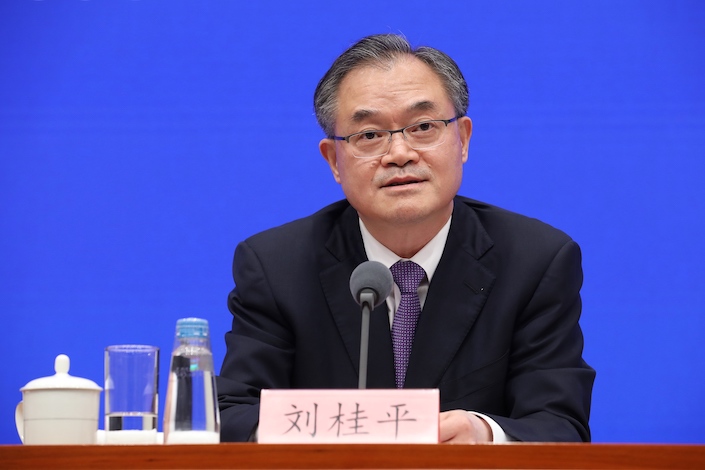 The PBOC will also gradually incorporate climate change factors into its macro-prudential regulatory framework, which was introduced in early 2016 to evaluate banks across a range of criteria such as bad debts, exposure to credit risk and capital adequacy, according to Liu.

Chinese authorities have stepped up efforts to use more financial tools to support the ambitious goals set by the top leadership to address climate change. In September, President Xi Jinping pledged that the world’s biggest emitter of carbon dioxide — the chief greenhouse gas contributing to global warming — aims to top out such emissions before 2030 and achieve carbon neutrality by 2060.

In January, the central bank at its annual work meeting said it would improve the policy framework and incentive mechanisms for green finance to guide financial resources to support green development. The financial system’s ability to manage climate change-related risks will also be improved, the bank said.

Yi Gang, the central bank governor, in a March forum said that green finance will be a priority for the PBOC over the next five years and climate change will be one of the factors taken into consideration in the formulation of policies for financial stability, monetary policy and the investment of foreign-exchange reserves.

Liu said the central bank will also push forward green investment principles for Belt and Road projects and will strictly control overseas investments in new coal-fired power plants. He said China will work with the U.S. to advance a sustainable finance agenda for G20 countries.