Suez Canal Is Moving, but Fallout on Global Shipping to Drag on Through April 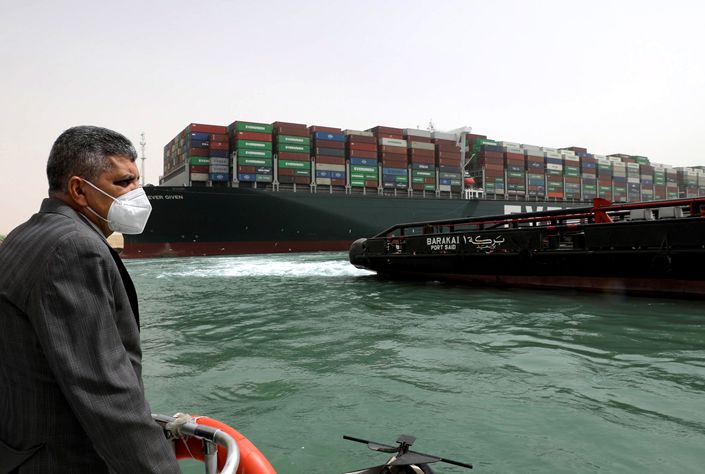 Vessels traverse the Suez Canal on March 30. Photo: The Paper

The giant container ship blocking the Suez Canal may have been set free, but a month of dislocations are set to ripple through global cargo schedules, with three of the world’s biggest shippers facing ongoing seaborne trade suspensions.

“We have received notices that CMA CGM has stopped picking up cargos on the Red Sea route, and companies which have booked a ship but haven’t filled up the containers are told to stop putting in goods,” Zhang said.

Some vessels couldn’t get back to China on time because of the blockage, and that will delay the ships scheduled to steam to Europe and Mediterranean at the beginning of this month by roughly two weeks, said Zhou Shihao, the chief executive of logistics information provider YunQuNa. It could take at least a month to fully mitigate the impact of the Suez Canal blockage, he predicted.

Dislocations have hit Chinese enterprises both delivering and receiving goods, and has led to fluctuating freight rates on the route, Gao Feng, spokesperson for China’s Ministry of Commerce said at a briefing in Beijing Thursday.

Cosco Shipping Holding Co. Ltd., the world’s No. 3 shipper, has stopped accepting orders on the Red Sea route through the end of this month, another person in the logistics industry told Caixin that his company had been informed.

Furthermore, the world’s largest container shipping line AP Moller-Maersk A/S has temporarily halted short-term bookings on its online platform as well as short-term contracts as it is “expecting a significant loss in capacity over multiple weeks,” according to a Tuesday post on its website.

The Ever Given container ship was pulled free on Monday after running aground for nearly a week and blocking marine traffic in both directions. It snarled global supply lines that were already under pressure from the coronavirus pandemic. The canal’s operation would return to normal within four days, an official at Suez Canal Authority said on Monday.

The Shanghai Containerized Freight Index, which mainly reflects the overall status of trade along routes between Shanghai and Europe, the Mediterranean as well as U.S. West Coast, showed signs of picking up after reaching a historic high of 2,783 at the end of last year buoyed by China’s robust exports. The index stood at 2,585.4 on Friday, up 0.6% from a week ago.