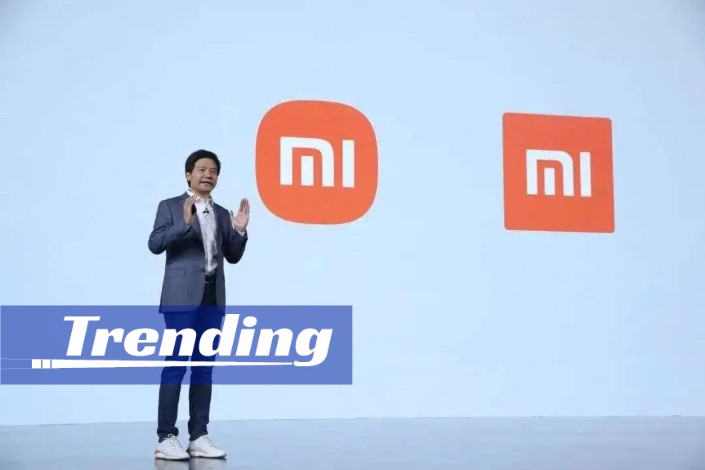 On the evening of March 30, at Xiaomi's Spring product conference, Xiaomi Technology’s founder Lei Jun was excited to reveal a new Xiaomi logo and logotype made by Japanese designer Kenya Hara, saying the new logo was more suitable for a Chinese smart appliance giant in its mature second decade. The redesign is rumored to have taken three years and cost 2 million yuan (around $300,000).

Chairman of the Nippon Design Center and professor at Musashino Art University Kenya Hara's presentation of the redesign was posted on social media soon after Lei Jun's announcement. In it, he explained how he incorporated Eastern philosophy and the beauty of the “super ellipse”, a term meaning halfway between a circle and a square, in the updated icon.

Hara said, “In three years, we communicated with Xiaomi designers and professionals in various fields” before coming up with the final design plan. Saying that it is “not just a simple redesign of the [Xiaomi logo’s] shape, but an encapsulation of Xiaomi’s inner spirit,” the designer explained how his “Alive” concept complemented Xiaomi by “bridging humanity and technology.”

Hara also introduced the new font Xiaomi will roll out for use on products including its smartphones, and said the eleven-year-old company will retain the brand color orange.

After the new logo launch, ridicule of the design abounded on social media. One commentor wrote under the introductory video, “Did the designer use a Samsung phone, crop a screenshot and just use that?”. Another post joked, “Three years? This must have been made on the very last day after a lot of procrastination.” While another dryly wrote, “No one understands just now hard it is to polish four corners down into smooth curves! Or how very expensive the process is.”

The more cynical commentors saw the logo redesign as an opportunity to keep Xiaomi in the national conversation. “Stirring up a topic, using design as your tool, is nothing new. It works in all circles” said one person with no pun intended.

Some people said they liked the classy simplicity of the new design. “A Japanese designer will make your product feel prestigious, whereas if you use a Chinese team, the design will undoubtedly disappear in a puff of smoke.” Another commented on how easy it is to ridicule a lengthy design process after the fact. “It’s funny that everyone looks at the new logo and says it’s so simple they could make it themselves. Once you’ve seen it, it’s easy to think that…Knowing which screw to change is worth everything.”

One social media user noted that “Now Xiaomi has achieved this level of popularity, its original brand recognition cannot be done away with. And judging from the discussion generated [by this change], this has indeed been a successful branding campaign.”